Developed by Mel Widner and originally described in the July 1997 issue of Technical Analysis of Stocks and Commodities magazine, the Rainbow Oscillator, like the Rainbow Charts, is a trend-following indicator. It is derived from a consensus of the Rainbow Charts trends.

It determines the highest high and the lowest low of these moving averages. The Rainbow Charts and the Rainbow Oscillator are basically one and the same indicator, with the only difference between them being the way they are visualized.

As the Rainbow width becomes larger, this indicates that the present trend may be continuing, while if the oscillator shows a reading above 80, the market may begin showing signs of instability. The stage is set for a reversal. 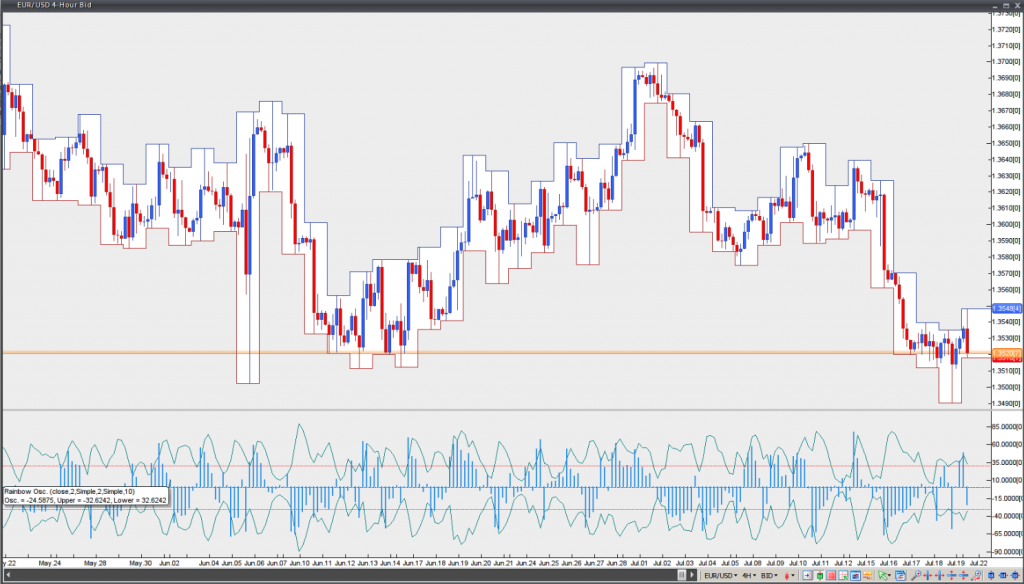