In the next two articles we will be covering the Alligator and Gator oscillators. Both developed by Bill Williams, they complement each other in helping the trader determine whether the market is in a trending phase or not. They serve as a guiding light which directs your trade in the right direction, steering it away from trading ranges. Lets discuss the Alligator oscillator first and then move on to the combination of the two.

– The Alligators Jaw (typically visualized in blue) is a 13-period moving average calculated as the mid price ((High + Low) / 2), and is projected by 8 bars into the future.

– The Alligators Teeth (typically plotted in red) are an 8-period moving average again at the mid price, and is extended by 5 bars into the future.

– The Alligators Lips (typically plotted in green, but also sometimes in black) are a 5-period moving average at the mid price, and is moved three bars into the future. 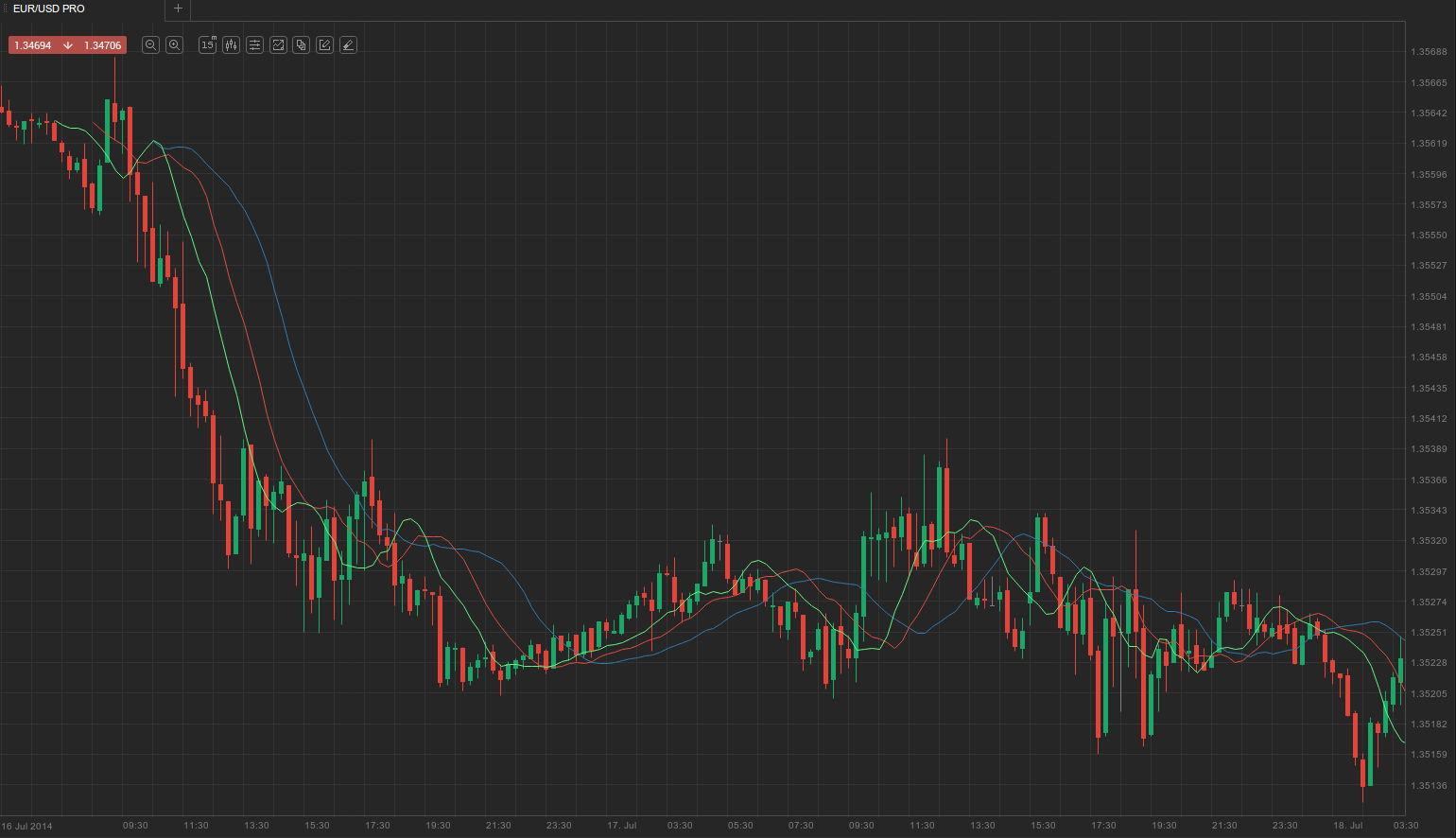 The indicators interpretation is based on the position of each moving average relative to the others and reflects the markets current conditions. The alligator can be in one of the following four phases:

– If all three lines are converging, then the Alligator is asleep (the market is ranging). The longer it remains in this state, the “hungrier” it will become, thus the larger the chance grows for a breakout to occur. The longer the sleep phase is, the stronger the following price movement is expected to be.

– When the green line (Lips) moves above or below the blue line (Jaws) after a period of consolidation, the Alligator is said to be waking up. This phase is marked by the beginning of a new trend.

– The next phase is when the alligator eats. The red line (teeth) is penetrating through the lips (green or black line) as the mini-trend is well established and is in its acceleration phase. The market is now drawing closer to reaching a climax.

– The last phase is when the alligator has become sated, which signifies an exhaustion in the trend after its peak. It is characterized by the teeth (red line) dropping below the jaw (blue line) and the three lines are overall beginning to converge.

– Completing the cycle, the alligator next falls asleep again and closes its mouth (the jaws, teeth and lips are grouped in a tight consolidation area).

Because this strategy is essentially very similar to the standard moving average trading systems (moving average crossovers etc), it will also requite the same market conditions to be viable – the market must be trending. It can produce signals during sideways trading as well, but many of them will be misleading. Moreover, you shouldnt base your entire decision-making on the alligator oscillator, rather combine it with some other tools for further confirmation – such as Fibonacci levels, ADX etc.