As we said in the previous article, the gator oscillator is closely tied to the alligator indicator. Although it can be used separately, most often they are combined as they complement each other in giving a more complete overview of current market conditions. It shows the absolute degree of convergence/divergence of the Alligators three moving averages.

Below you can see their combination visualized. 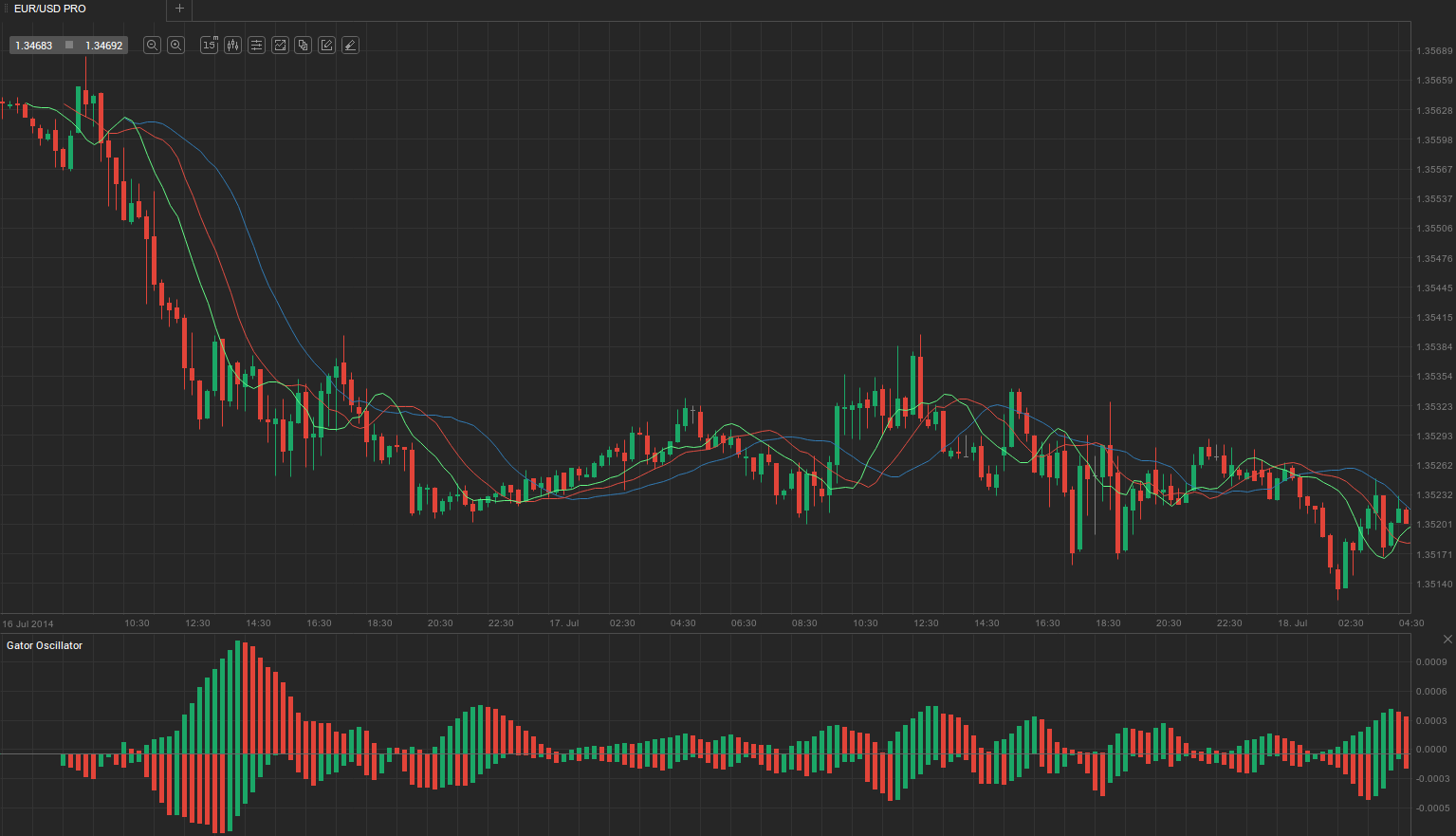 As you can see, the gator oscillator is displayed as a histrogram separated in half by a naught line. In the positive area the indicator plots the absolute difference between the Alligators blue and red lines (jaw and teeth), while the negative zone represents the absolute difference between the Alligators red and green lines (teeth and lips) with a minus sign.

As with the Alligator oscillator, the Gator also has four different stages of everyday life.

– When the bars on both sides of the naught line are red, the Gator is in the sleeping phase.

– When one of the sides becomes green, while the other is still red (both become differently colored), the Gator is said to be awakening.

– When both sides become green, thus the absolute difference between the two sets of moving averages grows, the Gator is in its eating phase.

– After the eating phase, when one of the two sides changes color, the Gator is known to be sated, which marks a deceleration in the trend and generally precedes a trend reversal or entering a trading range.

– The cycle is completed when both sides of the naught line turn red, signifying that the Gator has fallen asleep once again.

Because both Gator and Alligator oscillators depend on readings derived from moving averages, they will logically be most effective in trending market conditions. In general, positions are opened as the Gator awakens and are kept through the trends exhaustion phase until both sides of the indicator turn red. A more conservative way to trade is to lock in profits and exit positions in the third phase (gator is sated), when one of the sides turns red. This of course will reduce the return level, but will diminish risk as well.

The Gator oscillator can also be used as a standalone indicator due to its simplicity, since the Alligators three moving averages can clutter your screen, but the two used in conjunction provide a more complete picture of market conditions.