Developed by Mel Widner and originally described in the July 1997 issue of Technical Analysis of Stocks and Commodities magazine, the Rainbow Charts indicator is a trend-following one. The core of the Rainbow Charts is a 2-period Simple Moving Average, to which recursive smoothing is applied. This way nine other moving averages are created, with each new one being based on the previous moving average. Recursive smoothing creates a full spectrum of trends and if different colours are used, when visualized on a price chart, they appear in the form of a rainbow.

While the market is moving to the upside or to the downside, the moving averages track it and cross in a sequential order, as the move goes on. In case the price distances from the Rainbow, this indicates a potential continuation of the underlying trend. This will usually cause the Rainbow width to increase. 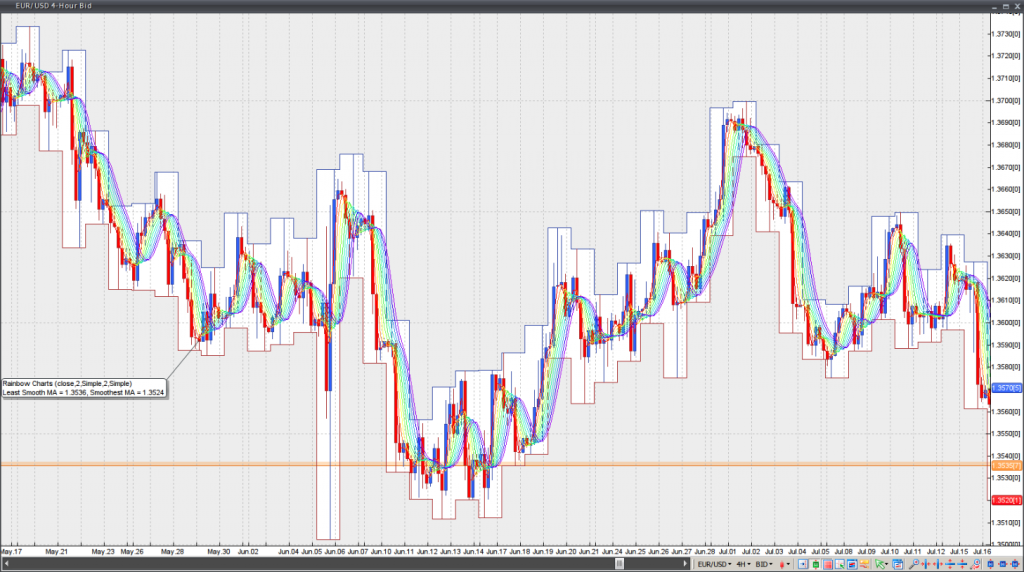