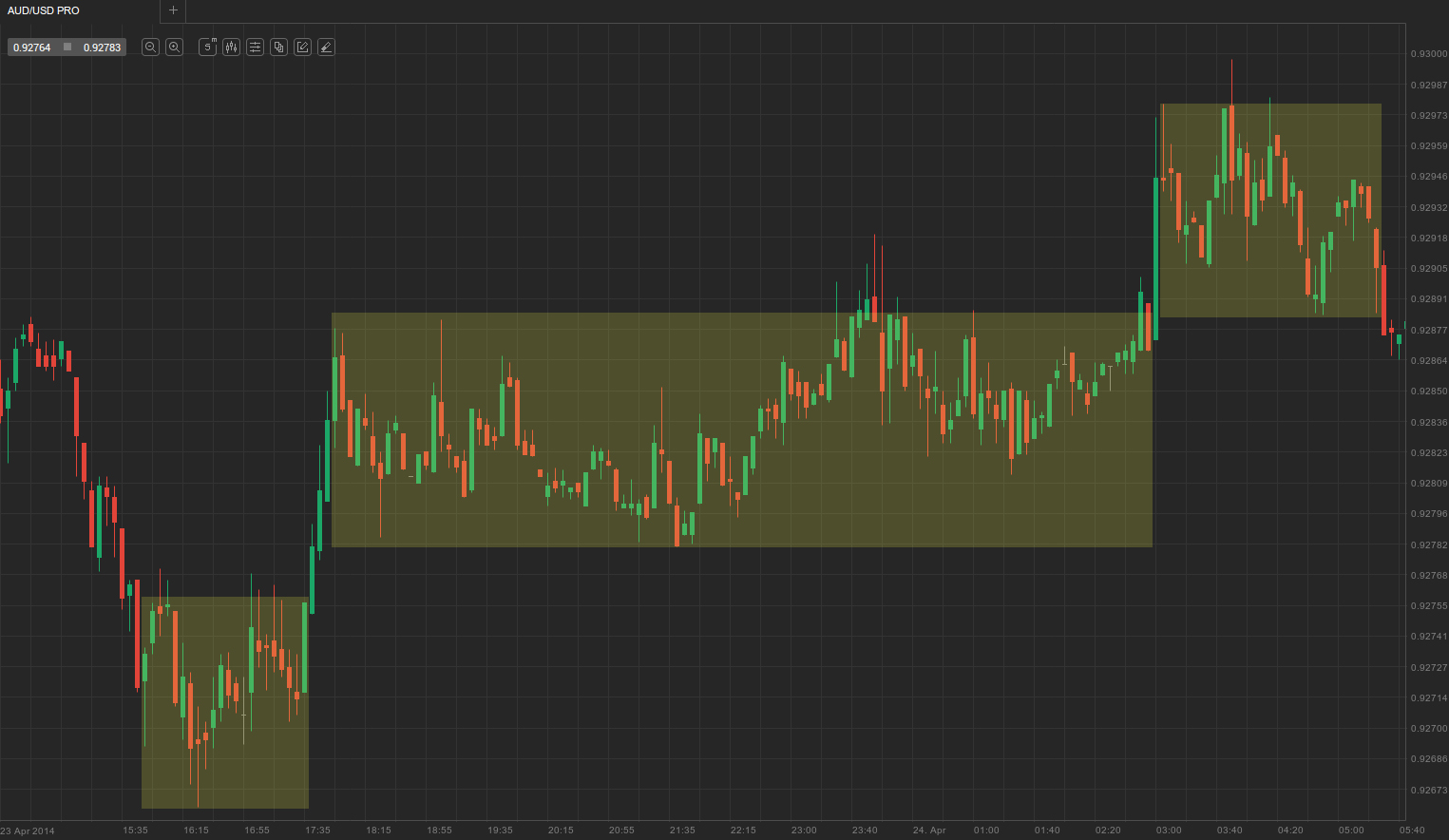 However, a spike plus channel trend must be distinguished from trending trading ranges for a good reason – they are traded differently. A spike plus channel trend bears much more strength, which implies you should refrain from entering counter-trend positions and only trade with-trend, mostly swing trades. Once market movement stalls and reverses, or enters a trading range, you can safely switch to counter-trend positions.

In some cases, there will be not only few, rather multiple breakouts and trading ranges. When that happens, market behavior resembles more closely a stronger type of trend, meaning you should stick to with-trend trading.

After the second trading range begins to form, a pullback usually tests the earlier trading range. The test often ends with the price entering the previous trading range, but if it does not, then the trend is considered stronger. In some cases, the test leads to a breakout beyond the previous range, thus market movement has reversed.

Usually breakouts are a spike that is followed by trending market movement bound in a channel. However, often you can see the price stopping around the measured move area and from there begin to move sideways (the market is effectively moving from one trading range to another). Much infrequent, but still observed, is a scenario when the market forms a succession of three or more small trading ranges (multiple), which display trending behavior – this should be considered and traded as strong trends, therefore be subject to with-trend entries only.

One of the difficulties traders encounter with this type of market behavior is to properly adjust to the shifts. Usually after a breakout from a trading range, market players expect the beginning of a new trend, and so they enter swing trades. However, if the price consolidates at a certain price level after the breakout, it indicates there is more sideways trading to follow as the market tests the support and resistance levels of the newly formed range. At this point, traders should move from trend trading style to range trading (basically you have range trading, followed by trend trading, followed by range trading etc).

But what is the reason for the formation of a higher trading range after a breakout? Basically, aggressive traders will bet against big trend bars in the area of the measured move target and will scale in further as the price continues to rise. Those traders expect that the large trend bars are preceding a climactic exhaustion, which will be followed by a pullback to the top of the previous lower range. Because they anticipate the bull spike to be the top of the higher trading range, shorting at the spike makes for a good entry point. Even if the market edges higher, it will eventually retrace at least to the entry price. If the trader scales in as the price continues to gain, he can exit his first entry as it later drops to the breakeven point and then move his stop to the higher entrys breakeven point. Here is an example of clearly successive trading ranges with distinctive breakouts. 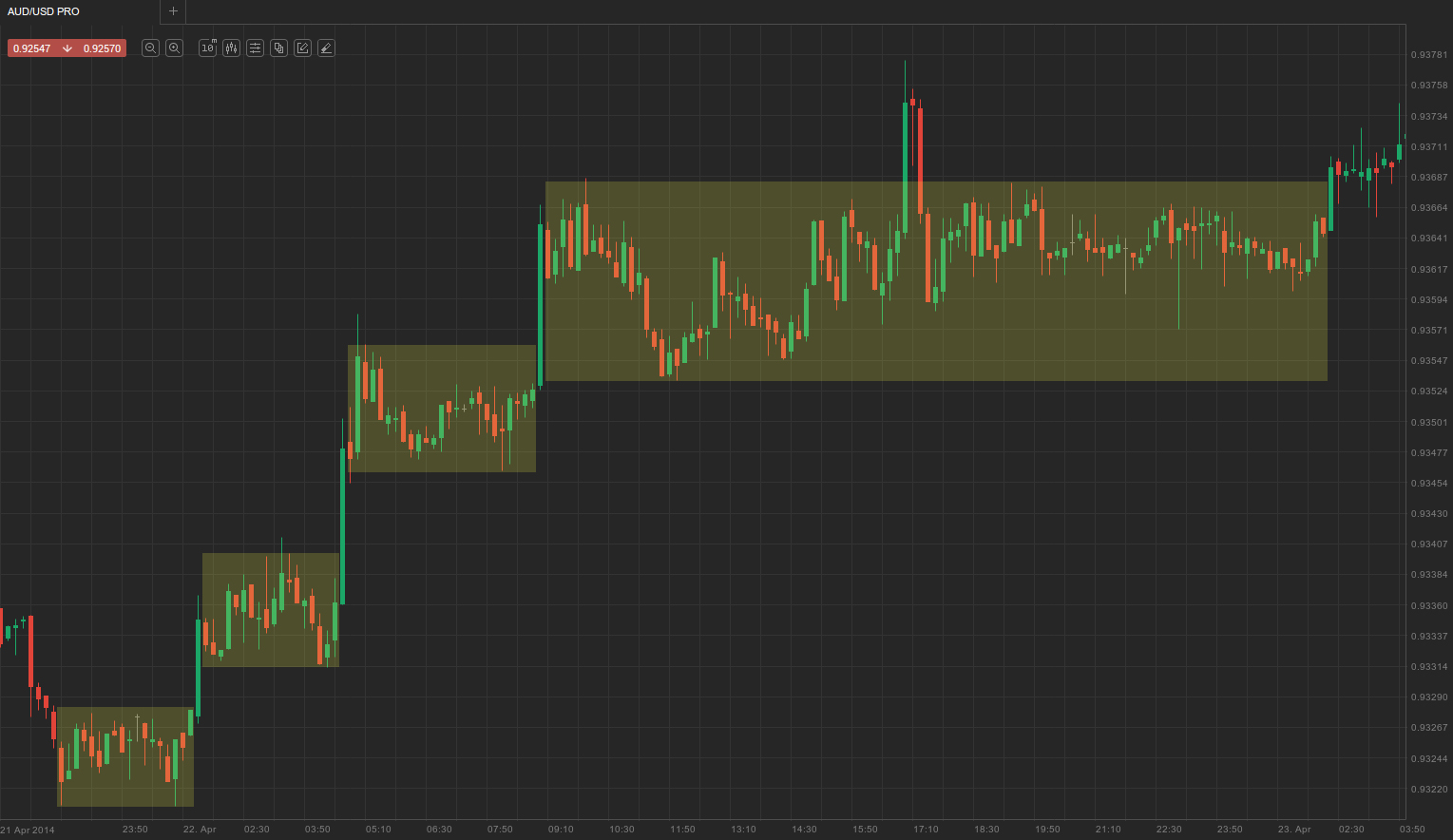 Like any other trend, weak trends such as the trending trading ranges also have pullbacks, which means that a trading range can overlap a previous one or even retrace back further beyond it.