Skip to content
Overview of Breakouts
Basics of Pullbacks

Every time when the market breaks out through a certain resistance or support level, there will be a pullback sooner or later. If the price returns to a few pips of the entry point and tests it, this is called a breakout test. The test can happen as soon as the next bar after the breakout, more than 10 bars later, or there can even be several tests of that level.

Breakout tests are important because they provide traders with a relatively reliable entry signal when the test is successful and the trend resumes (a breakout pullback is confirmed). 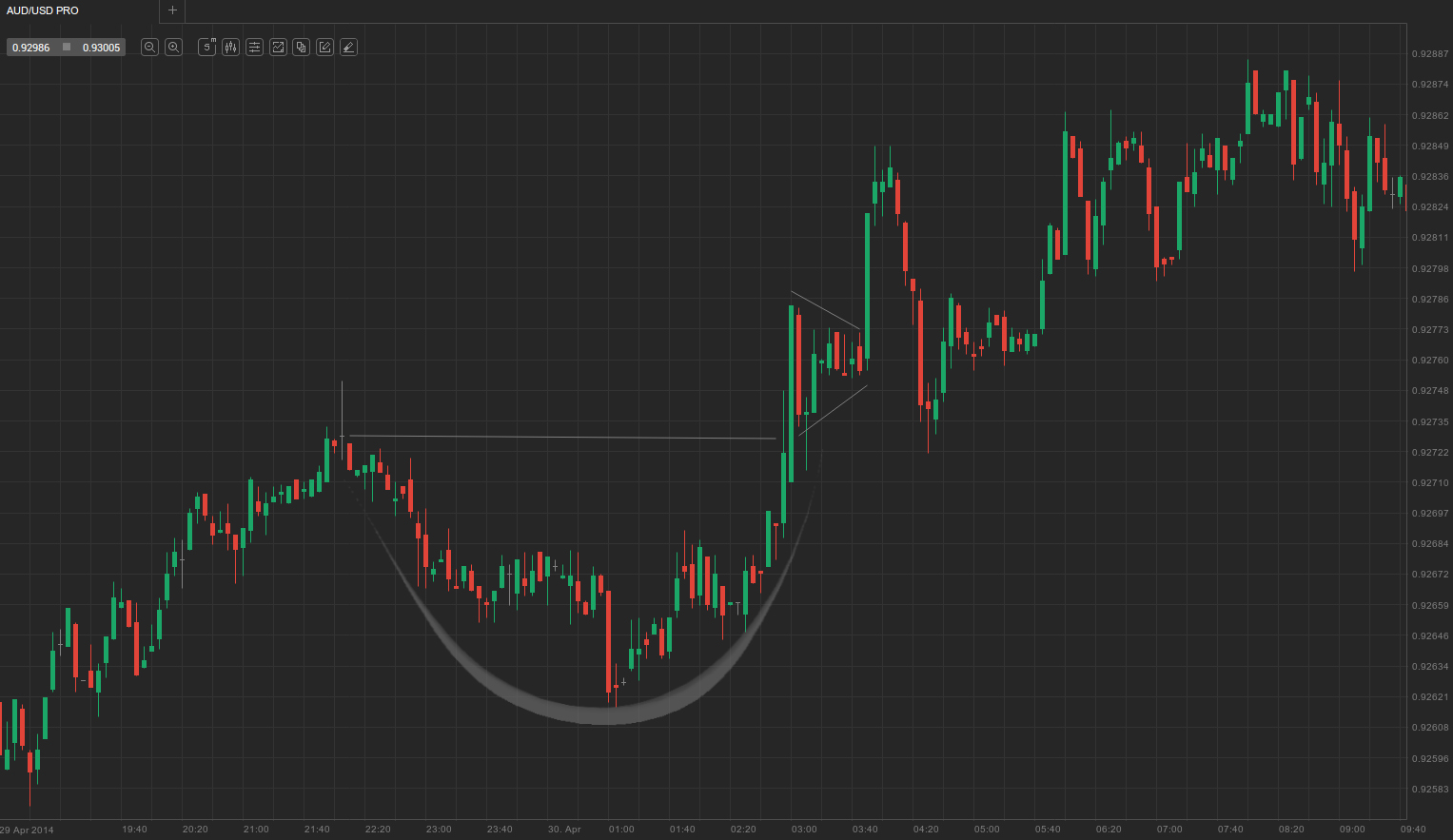 On the screenshot above you can see a typical cup and handle pattern. The price earlier broke out to a new session high, after which a parabolic-like pullback followed. The pullback ended with a breakout to a new session high, which itself pulled back in the next two bars, giving a second entry signal and forming the so-called handle. The handle itself was an expanding triangle which, as expected due to the strong trend day, broke out in the with-trend direction. Later it pulled back to again test the cups breakout level and continued up.

Where these market moves derive their trading value from is that they are second entry signals (at the pullback test), and second entries have a greater chance of setting up profitable trades.

Sometimes you dont need an actual breakout to occur in order to have a breakout pullback signal triggered. If for example the market reaches a previous extreme, but it doesnt break it (doesnt penetrate the support/resistance level of that extreme), the price will often pull back, just like if there was an actual breakout and it should be traded the same way.

Often, the price pulls back to the exact breakout point, and so traders who had previously entered a position on the breakout might get their stops hit, if they are not placed well. As the breakout occurs, many traders enter positions in the breakouts direction and after the initial run, they take partial profits and leave the other part of that position on the market, using a stop-loss.

Lets say we have an upward breakout. Typically, because the breakout point creates a support level for when the market pulls back, one would want to place his protection stop beneath that support level, so that it does not get hit by the test itself. Its goal is to protect the remaining portion of the traders position, if the test fails and the price reenters the trading range. Some market players place break-even stops, but risking a bit more (widening the stop) might in many cases yield better results, because it lowers the chance of the breakout test, or some random noise, hitting your stop before the price edges back higher.

It is often seen that the breakout test extends 5-10 pips beyond the breakout point, triggering many breakeven and tight stops along the way, before it finally forms a breakout pullback. In some cases therefore, risking a bit more with a wider stop could come in handy. 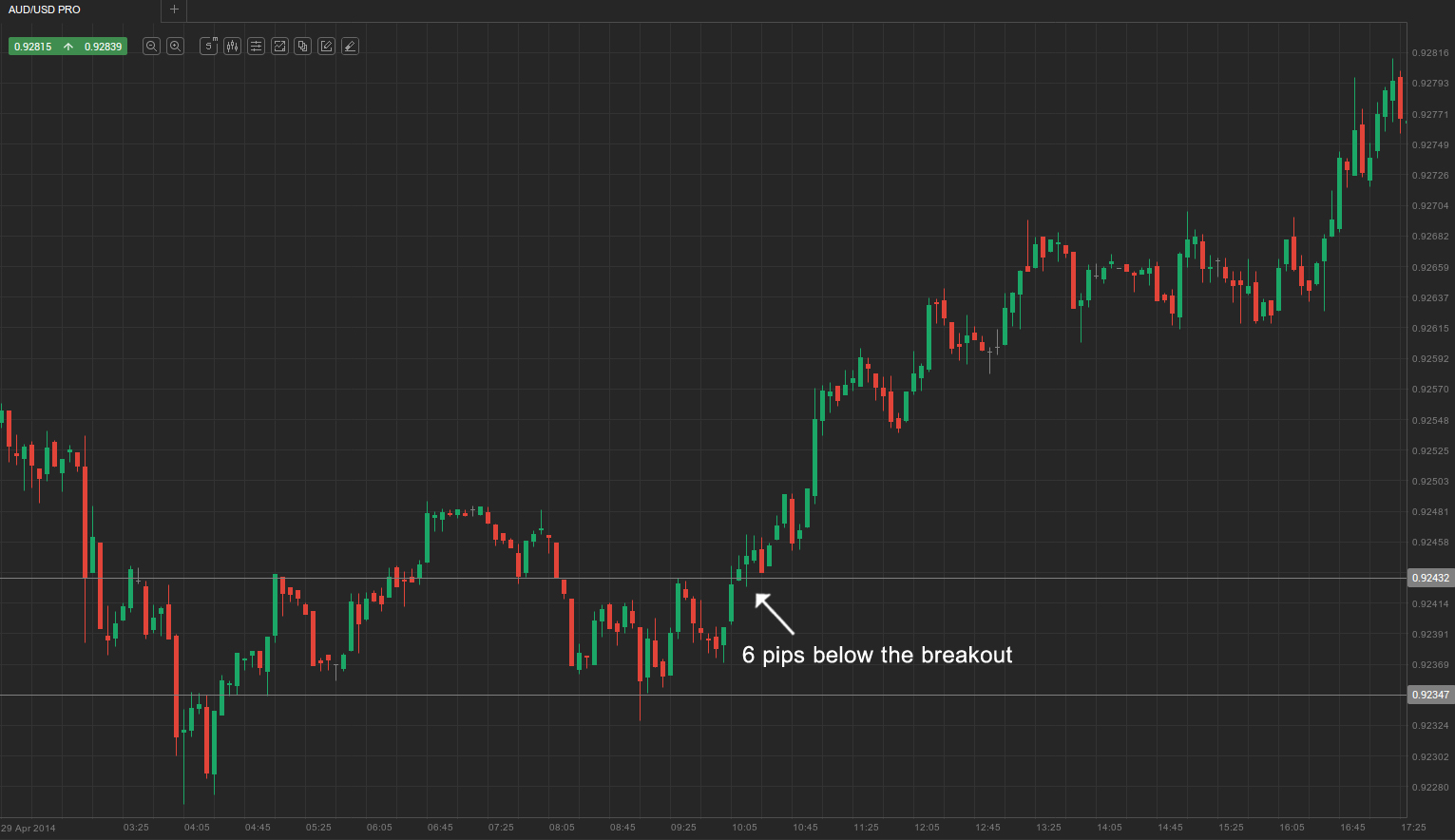 Overview of Breakouts
Basics of Pullbacks