What does Forex stand for?

Many people have heard of the term Forex but not that many actually know what it means. Forex stands for foreign exchange and basically mean trading one currency for another. For example, when you visit a foreign country as a tourist or want to invest in it, you will need to acquire a certain amount of local currency to conduct payments. The conversion of your home country’s currency into that of another’s makes you a participant in the Forex market. 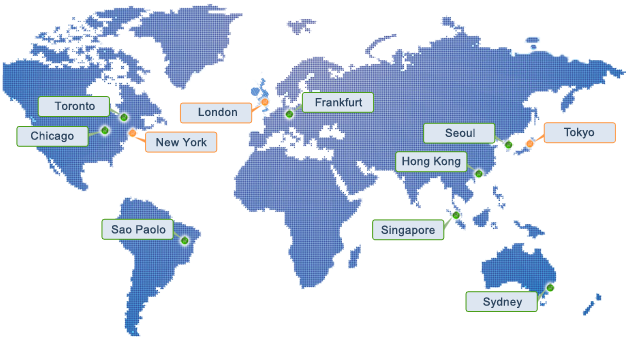 The foreign exchange market is the biggest and most liquid market, reaching daily volumes of over $5 trillion. Unlike other markets, there is no central marketplace and currency trading is done over-the-counter. Decentralization enables the spot currency market to remain open twenty-four hours per day, closing only during the weekends.

Another indisputable advantage of the Forex market is the huge variety of factors that affect and determine exchange rates, leaving the possibilities for speculations and strategies used practically infinite. This is why the currency market is considered as the closest to the ideal of perfect competition, despite the increasingly often used interventions by central banks as they try to keep their currencies in a somewhat extreme-free range.

Participants in the Forex market, which vary from individuals to financial institutions and governments, are also drawn to it by the use of leverage to increase profits and also the low margins of relative profit compared to other markets of fixed income.

But in order to understand how the Forex market works and how to profit from it, one needs to learn the basics. And what more important than what makes a currency valuable.

How is a currencys value determined ?

In every free economy, the nation’s currency is valued through market forces, which determine its supply and demand. The stronger the demand for a currency is, the higher its price will be. Factors like tourism, investments, trade and geopolitical risks increase or decrease the need of buying local currency. For example, when a foreign company seeks to do business with a local one, it typically pays it with domestic money. The more developed a country’s tourism sector is, the more tourists it will attract, thus increasing the need for people to buy local currency in order to pay for the goods and services they have consumed.

Foreign investments are typically made in the local currency as well.A Also, if a geopolitical risk like war or mass protests occurs, demand for the local currency usually decreases as less people seek to visit the country and more native people want to leave it, thus selling domestic currency for foreign. Given the fact that almost every country in the world has a free economy and the noted factors apply for all of them, this makes currency trading the most needed and intensive market. And when you add the speculators to the picture who attempt to profit through price movements and account for a large part of the globally traded volume, it is easy to understand why the Forex market is so big and keeps expanding.

Forex statistics and how significant the market is

But let us speak in numbers. As noted above, the Forex market is the largest, most liquid market and includes all of the worlds currencies. But how exactly big is it, you may ask.

According to the latest Triennial Central Bank Survey by the Bank for International Settlements, the average value traded in foreign exchange markets all over the world averaged $5.3 trillion per day in April 2013. Thats up by an impressive 33% from three years ago, when the daily turnover stood at $4.0 trillion, while another three years before that, in April 2007, the daily-traded value averaged $3.3 trillion.

The growth of Forex trading was mainly driven by financial institutions other than reporting dealers. Smaller banks accounted for 24% of the turnover, while institutional investors such as insurance companies and pension funds made up 11%, and hedge funds and proprietary trading firms another 11%. Trading with non-financial customers, mainly corporations, contracted to 9% of global turnover.

Foreign exchange is concentrating increasingly in the largest financial centres. Sales desks in the U.K., U.S., Singapore and Japan facilitated 71% of Forex trading in 2013, up from 66% in April 2010.

The most actively traded instruments in April this year were the FX swaps, at $2.2 trillion per day, followed by spot trading at $2.0 trillion.

As expected, the most popular currency remained the U.S. dollar, also called the “greenback”, “long green”, “buck” and many other names. With the greenback standing on one side of 87% of all trades as of April 2013, it remains firmly the dominant currency vehicle, followed by the euro, whose share however fell to 33% this year from 39% in April 2010.

Observing the three most popular pairs, which are built up from the top four currencies, confirms the growing significance of the Japanese yen. Trading in the EUR/USD accounted for 24.1% from the total turnover, down from 27.7% three years ago, while the USD/JPY share surged to 18.3% from 14.3%. The GBP/USD cross marked a minor retreat of 0.3% to 8.8%.

The 2013 Triennial Survey pointed out some other very interesting facts that hint in what direction the Forex market may be moving in the near future.

Apart from the rising market share of the yen, there is a distinctive growth in interest in several emerging market currencies. They were led by the Mexican peso and the Chinese renminbi, which entered the list of the top ten most traded currencies.