As the Asian session begins to fade, the trading day continues in Europe (through the largest European economic centers). Usually when we refer to European session, we mean the London session, as the city accounts for 36.7% of the total trading volume, which makes it the most important economic and commercial center worldwide, a global capital in terms of Forex trading. What is more, trading volume provided by London as a center is much greater than volume provided by New York and Tokyo put together. 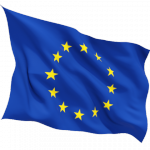 However, London, just like Tokyo during the Asian session, is not the only center open during the European trading session. Other major centers, which operate in the region are Frankfurt, Amsterdam, Milan.

Now let us provide some key features regarding trade during the European session.

First, the session in London begins at 7:00 GMT and lasts to 16:00-17:00 GMT. During the period between 7:00 GMT and 8:00 GMT the Tokyo session is in its last hour of trading, while day traders in Asia are usually making an exit from the market and day traders in Europe are making their entries in the market. This results in a considerable price movement, especially if compared to that during the Asian session alone. So it is logical to expect that Japanese yen crosses will be highly volatile during this 1 hour, when the two trading sessions overlap one another. Currency pairs such as EUR/JPY and GBP/JPY could demonstrate a really high activity, but however, their bid/ask spreads will likely remain broad.

Third, at the end of European session, it overlaps also with the session in New York. Because of this double crossing (at the beginning and at the end of the session) as well as the huge liquidity provided by London itself, it becomes clear why the major part of transactions that occur on a daily basis are concentrated namely during the European trading hours. This usually leads to the highest liquidity and the narrowest bid/ask spreads during the whole trading day.

Fourth, as the number of market participants and the number of transactions are at their highest during this session, this also increases volatility in the market, respectively the opportunity of taking advantage of larger price moves. However, this may appear to be a double-edged blade, because, along with opportunities, the risk also increases.

Fifth, during the course of the European session huge strings of macroeconomic data are usually released from the United Kingdom, Switzerland and the member-countries of the Euro zone, which can affect a number of currencies (euro, pound and franc). Given that, it seems logical to trade major currency pairs such as EUR/USD, GBP/USD, USD/CHF, EUR/GBP, USD/JPY. Another fact, which urges investors to trade exactly these pairs, is that they have the lowest bid/ask spreads in comparison with other currency pairs.

Sixth, London trading session is also famous for its lunch session. During the period between 12 PM and 2 PM activity in the market usually diminishes, as traders and brokers have lunch with their customers. At 2 PM high-volume trading resumes before the start of the trading session in New York.

Next, we shall discuss the specifications of trading during the final segment of the trading day, the American (New York) session.