When it comes to fundamental analysis of a currency of a particular nation, one of the most influential factors to mark trading currency pairs, is the monetary policy course, adopted by central banks.

Monetary policy stands for the whole process, by which the central bank (monetary authority) controls the money supply, the availability of money and the cost of money (also known as borrowing costs or interest rates) in order to attain its objectives, usually oriented towards economic growth and overall economic stability.

We can say that monetary policy deals with the relationship between interest rates in the economy and the total supply of money. In case the central bank expands the money supply, then a greater amount of money is available for making investments or spending, which causes a favorable effect upon nations economic growth (as business investments and household spending are major driving forces behind growth). But, if money supply expands too rapidly and reaches high levels, this immediately introduces a high rate of inflation, which is usually considered as a harmful factor to the economy. It is so, because high inflation undermines the purchasing power of the national currency (one unit of currency purchases fewer goods or services). In case money supply is contracted too much, this would lead to lower inflation rate and also could slow down growth.

In order to find the balance between a reasonable inflation rate and a healthy economic growth, central banks implement two types of monetary policy – accommodative and restrictive. 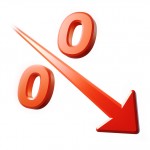 When the monetary authority follows the course of an accommodative (expansive) monetary policy, this means that it increases the money supply in the country. As we already noted, this leads to increased business investments, higher consumer spending and therefore, spurred economic growth through lower interest rates (cheaper borrowing).

However, there are other effects, caused by such a policy. By implementing an accommodative policy, the central bank cuts real interest rates. (We shall talk a bit more on this matter in the next article). With real interest rates reduced, financial and capital assets in the country tend to become less appealing, because of their lower real rates of return (rates of return and the benchmark interest rate of the central bank are closely related). Foreign investors will tend to trim their positions in domestic bonds, real estates, stocks and other assets. As a result, the balance on nations capital account will tend to deteriorate (foreign investors will hold fewer domestic assets). At the same time, domestic investors will also tend to abstain from investing in their own country and will search more attractive rates of return overseas, thus contributing to the capital account balance of a foreign country. The decline in domestic investment activity (fueled by both foreigners and domestic investors) will lead to lower demand for the domestic currency and higher demand for the currency of the foreign country. Consequently, the exchange rate of the domestic currency will tend to decrease.

Another effect of an accommodative monetary policy is the possibility of high inflation. As we mentioned before, the latter is produced due to the larger amount of capital available in the economy, which will reduce the spending power of the domestic currency (the currency will become less valuable).

So, let us sum it up, when the central bank implements a policy, which tends to be accommodative, this will tend to cause a negative impact upon the value of the national currency.

When the monetary authority follows the course of a restrictive (contractionary) monetary policy, this means that it decreases the money supply in the country.

If money supply is at high levels and the central bank is willing to reduce it, the bank would raise interest rates. Such a measure would limit the ability of business entities and households to borrow, because higher interest rates are equal to higher costs of borrowing. With borrowing in the economy restrained, this would limit investment activity of companies and spending of households, which would lead to reduced demand for goods and services. With these economic subjects less active, economic growth may end up slowing down. On the other hand, high interest rates and reduced demand would ease inflationary pressure.

However, there are other effects, caused by such a policy. By implementing a restrictive policy, the central bank increases real interest rates. With these rates raised, financial and capital assets in the country tend to become more appealing, because of their higher real rates of return. Foreign investors will tend to expand their positions in domestic bonds, real estates, stocks etc. As a result, the balance on nations capital account will tend to improve (foreign investors will hold more domestic assets). At the same time, domestic investors will also tend to be more willing to invest in their own country. The increase in domestic investment activity (fueled by both foreigners and domestic investors) will lead to higher demand for the domestic currency. Consequently, the exchange rate of the domestic currency will tend to increase.

Let us sum it up, when the central bank implements a policy, which tends to be restrictive, this will tend to cause a positive impact upon the value of the national currency.

Usually each central bank has at its disposal breakeven numbers for inflation rate, economic growth (GDP) and other different macroeconomic indicators, such as unemployment rate, which are estimated in consonance with banks own methodology. In addition, central banks compare them with the so called preferable values. In case some of these figures reach a breakeven number or begin to change together in one or the other direction, demonstrating a certain tendency in the economy, this is considered as a signal for the central bank, that adjustments have to be made to its monetary policy.

Central banks of developed nations usually have an acceptable level or a range, which inflation rate should not leave. For example, the Federal Reserve Bank and the European Central Bank have set an inflation rate target at 2% annually. This target is considered as a healthy inflation rate, providing price stability and responding to a moderate economic growth. If an event occurs, that leads to fluctuations in the inflation rate around this target, the central bank usually explains this in a statement.

In case the inflation rate remains well below the target, this is a signal of a suppressed inflationary pressure and the central bank would certainly maintain its accommodative monetary policy, and vice versa.

Every central bank will usually adjust its monetary policy very gradually, by small steps. This is required not just because of stability, but also because the bank needs to see to what extent this adjustment will impact the overall economy. The usual pace of adjustments of the benchmark interest rate is 0.25%-0.50%, while cycles of increasing or decreasing could last for 1 to 3 years. Downward adjustment usually comes faster, with steps being larger – 0.25% to 1%. However, changing interest rates at a pace of 0.50%-1% usually occurs during severe problems in economy, such as the turmoil in 2008.

Next, we shall talk a bit more about interest rates and inflation.