What is fundamental analysis?

Fundamental analysis stands for the entire study of the basic underlying elements, which have an impact upon economy. It represents a whole methodology, whose objective is to forecast price action and market trends in the future by examining economic indicators, government and central bank policies, societal factors and other force majeure events, such as war, natural disasters etc.

If we imagine for a moment that the financial markets represent a clock, then the fundamental indicators (fundamentals) would represent the gears and springs, which are needed to move clocks hands across its face. Anyone, who walks down the boulevard, looking at the clock will be able to tell you the current exact time, but it is the fundamentalist, who will be able to draw the conclusion how it came to be this exact time. What is more, he/she will be able to tell you what time, or more precisely, what the price will most likely be in a period in the future.

In the world of financial markets, there exists a tendency all traders to be classified into two distinct schools of market condition analysis – fundamental and technical. It is very common the first question, which you may face after telling someone that you trade in the financial markets, may be “Do you belong to the group of technicians or to the group of fundamentalists?”

However, practice has shown that it is quite difficult for any trader to define himself/herself as a pure technician or a pure fundamentalist. Fundamental traders more and more need to keep track of a variety of signals derived from mere price action, while, at the same time, not many technicians are able to completely ignore economic reports, political decisions or social issues of utmost importance, which usually have the potential to introduce huge price fluctuations.

Taking into consideration that financial analysis of any country, or transnational industry examines a huge number of factors – social, political and economic in their nature, to be able to view the whole extremely complicated and interconnected fundamental picture may be a challenge of huge magnitude.

Why use fundamental analysis?

Fundamental analysis is a very efficient method to project overall economic conditions, but not by all means, precise market prices. For instance, when looking at the preliminary estimate of experts regarding the upcoming report on GDP or employment of a country or a region, it is difficult to get at once a crystal picture of the general health of economy and all the contributing factors. Thus, a precise method is needed in order to translate all this macroeconomic data into a reliable trading strategy, with timely entry and exit points.

A trader, who scrutinizes market conditions with the help of fundamental analysis, will usually establish a model, on which a trading strategy can be based. Such a model generally encompasses a set of empirical data. Its main objective is to project market behavior and determine future values of currency pairs (or prices of shares) by using an array of past values of basic macroeconomic (or corporate) indicators. The information gathered is used in order to derive trades, which exploit this same information in the best possible way.

Models for forecasting could be vast in their number, as are analysts who establish them. It is so, due to the fact that different people may look at one and the same set of data from a different point of view, thus, drawing completely different conclusions about the impact the market will probably experience by this data.

Having said all this, we reach a quite obvious conclusion – a profound study of each major fundamental indicator is needed before one is to attempt to connect all the dots in order to view the bigger picture. On the other hand, a bit more practice and experimentation are needed to see which fundamentals are the most suitable for ones style of trading.

What does it include? 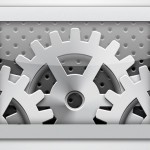 Many Forex traders consider fundamentals as the major forces to drive a nations economy. From interest rates and central bank policies to political events and natural disasters, fundamentals form a dynamic and perplexing combination of distinct plans, trading behaviors and unforeseen events. So, a beginner trader needs to get a handle of those indicators, causing the largest influence on the currency market.

In terms of the stock market, fundamental analysis attempts to estimate the true (fundamental) value of a given company, so that investments can be based upon this very estimation. In fact, the same process is valid in Forex. Forex traders using fundamental analysis attempt to evaluate currencies and their respective countries, just like the case with corporate entities. In order to reach to the fundamental (true) value of a particular currency, these traders use a whole spectrum of economic and non-economic events.

All the macroeconomic reports, political and social news, which are released from a given country are very similar to corporate news in that the whole information is used by investors and analysts so that they can form an idea of value. This value tend to change in time, because of the influence of many factors, including, say the resilience of a nations economic growth and nations resource and financial potential. Fundamental traders consider all this as extremely important in terms of value of a given currency. 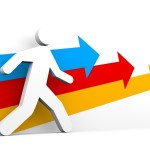 In Forex, and trading as a whole, information flow happens in a matter of seconds. That is why anticipation and speculations regarding some event or data influence markets even before the event actually occurs or data is released. During that period price could be very volatile, it could move more than 100 pips. That’s why there is so much expectations and rush around news time release. Thus, sometimes markets expectation (prediction of the numbers) could appear to be more important than the data itself. Most traders make their decisions to enter into a position by comparing actual (currently released) and forecast figures and how the difference between them could influence price action.

In this article we discussed some of the basic macroeconomic and fundamental ideas that are closely related to the Forex market and cause an impact upon movement of currency pairs. Beginners should now be aware with the fact that currencies and countries, just like corporate structures, tend to change in their value, a process driven by fundamental factors, such as Gross Domestic Product and interest rates. Next, we shall explain each one of the most important elements of fundamental analysis, regarding a country (currency).

Monetary Policy and How it Impacts the Value of Currencies »