Weve said multiple times in our guides that the most profitable way to trade is to ride the trend and not go against the market. Although trading ranges occasionally present very tempting, and in some cases reliable entry points, they are much harder to consistently profit from and thus should be avoided by novice traders. Contrarian trading can also yield great results, but it involves an immense amount of risk and is practiced almost exclusively by trading gurus for a reason.

Thus, trend trading is your best chance to become a consistently profitable trader. Many market players however make the mistake of focusing on a single small time frame and let the general picture slip from their sight. This of course is not in their favor because trend trading is best practiced when you have a complete idea of the market developments. An overview of the market can provide useful information, such as general market sentiment and eventual future movements in the mid-term.

One of the most common multiple time frame strategies day traders use is to grasp the general picture on a daily time frame and then go to a lower time frame (from 5 to 60 minutes) to spot the best entry points – commonly the ends of pullbacks. Many novice traders practice the so-called range trading because the idea of buying low and selling high is seen as the most lucrative and easy-to-explain strategy.

However, range trading imposes a much more substantial risk compared to trend following, and here is the basic explanation. During strong trends, say a bull trend, the market spends much more time advancing and marking lower highs and higher highs, instead of higher lows or lower lows. In case you buy high, even if the market retraces some of its previous gains, the trend will likely not be over and the price will eventually be on the rise again (trend reversals are much more uncommon than pullbacks and trend continuations). If you want to learn more on trend trading and trend reversals, you can find a lot of useful information in Trading Pedia’s Price Action Academy, starting with the article “Trend Trading Guidelines“.

Conversely, during trading ranges market movement goes sideways as bulls and bears are in a state of equilibrium, which renders the direction of the breakout hard to predict. If a trader then enters a position which turns out wrong, it is far from sure when or will the market at all reverse its direction in his favor.

For example, if the price rises and finds itself near the resistance zone, many traders would go short, hoping that the market will rebound and edge back lower. If it instead breaks out to the upside and continues higher, then the position will be a loser and the trader will be stopped out at his protective stop level.

Because each trend and trading range are part of a larger trend or trending range and so on, multiple time-frame analysis is very helpful when you want to determine exactly how to act on your preferred time frame by grasping the general picture on a larger time frame. Often, it will assist you in determining in which direction the price will break out from the trading range on the lower time frame. Thus, having an overview of the general picture helps traders avoid many bad trades, especially ones against the trend on a higher time frame.

On the screenshot below you can see a weekly chart of USD/CAD. 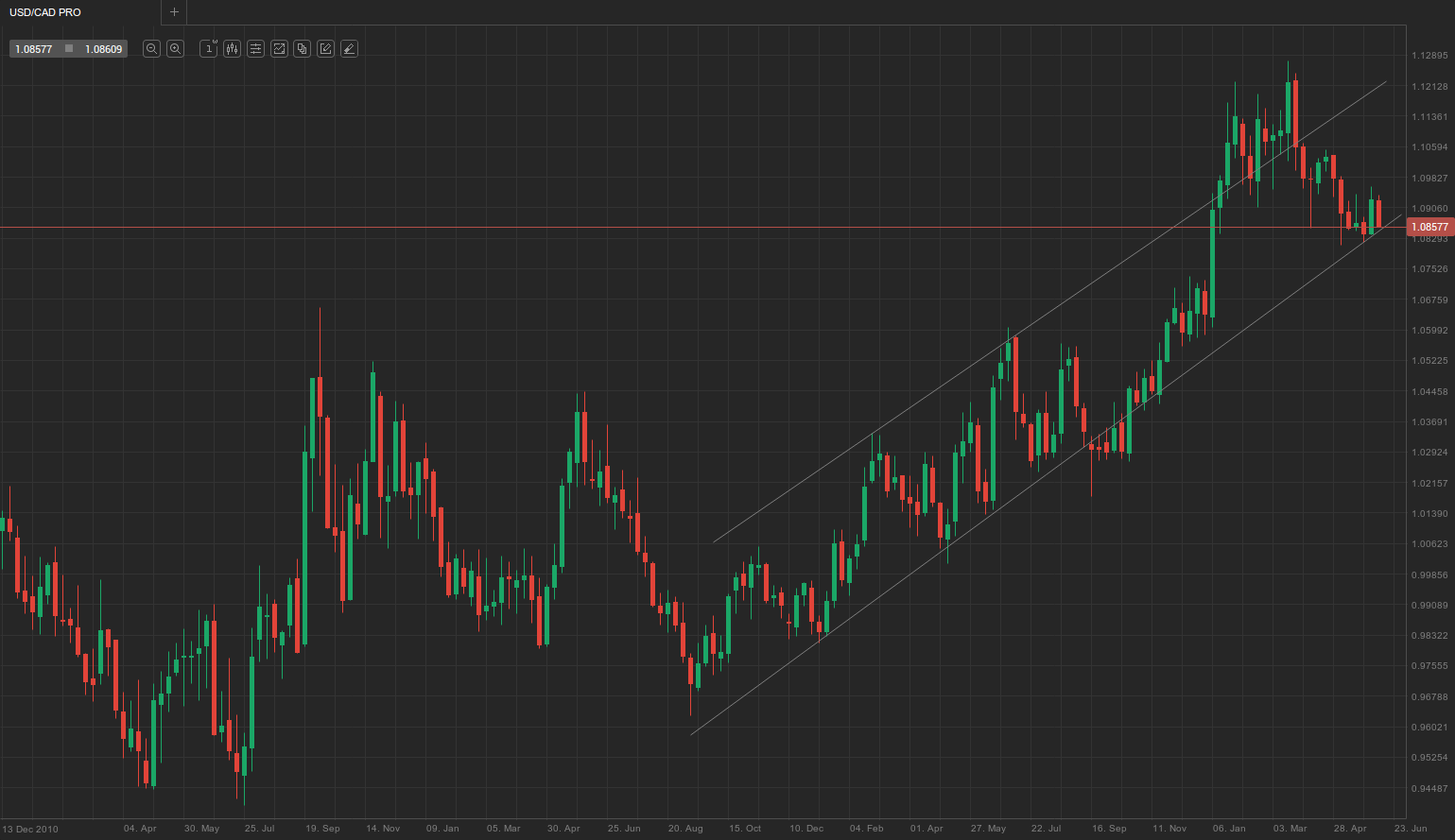 As you can see, the US dollar has been in a strong bullish trend against the Canadian dollar since the third quarter of 2012, reaching the highest level in five years in March 2014. This would imply that any long-term positions should be entered upon considering the larger bull trend. The trader should keep in mind the general direction of market movement even for short-term positions which would be closed within a day or two. Take a look at the hourly chart of the USD/CAD cross. 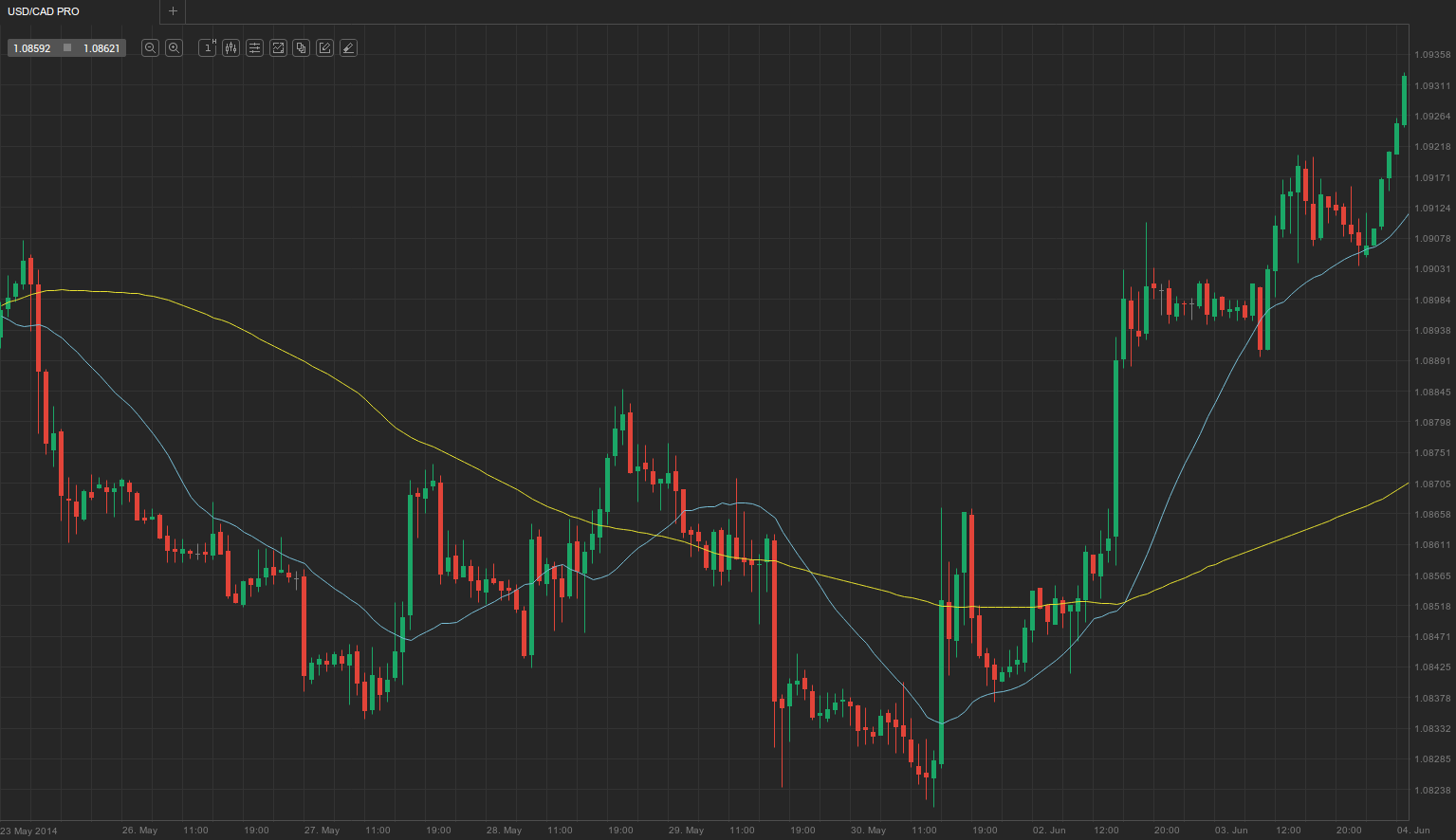 You can see that although the market turns bearish and sideways on the smaller time frame, it again reverses into a stronger bull trend, which offsets the previous losses. Although this is not bound to always be the case, having a good idea of the general picture will surely improve your judgement. By using the smaller time frame in conjunction with different tools, like in our case a 20-period and an 89-period simple moving averages (blue and yellow respectively), you can more accurately pinpoint entry points, and especially long entries, which are backed by the general trend. You can bet on SMA penetrations, as well as SMA crossovers. In our case, the market gapped above the 20-period SMA and was well above the 89-period one, thus favoring a long position, additionally supported by the larger trend. Fibonacci retracement levels, SMA envelopes, Bollinger bands etc. can also be employed.

Multiple time frame analysis can be used on lower time frames as well. On the screenshot below you can see a 30-minute chart of the GBP/USD pair. 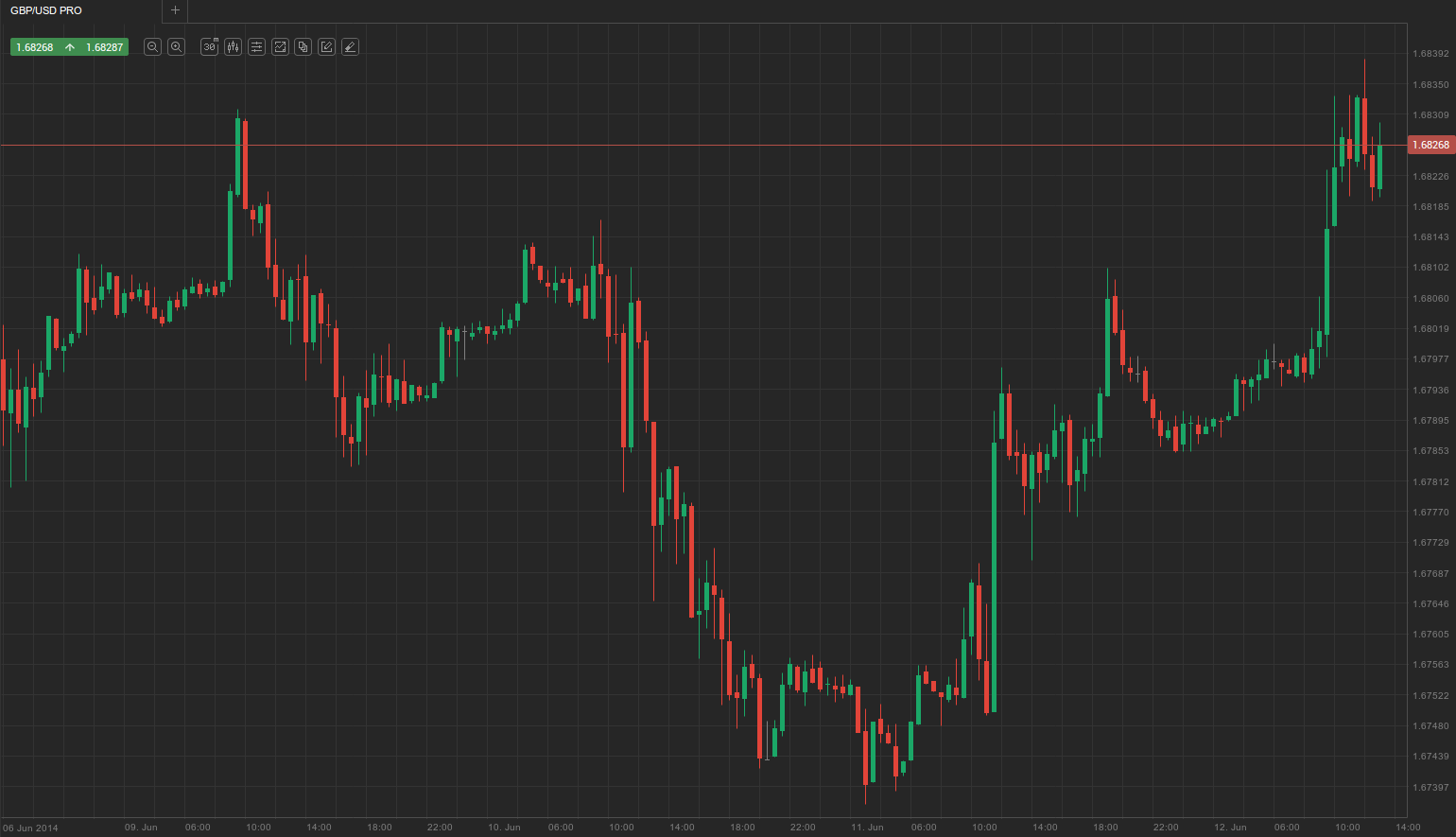 First we start with the 30-minute chart and see that the market has entered a small trading range within a bull trend. In order to get a better idea on the general market development, you can switch to a higher time frame and check if the smaller trend coincides with the larger one. 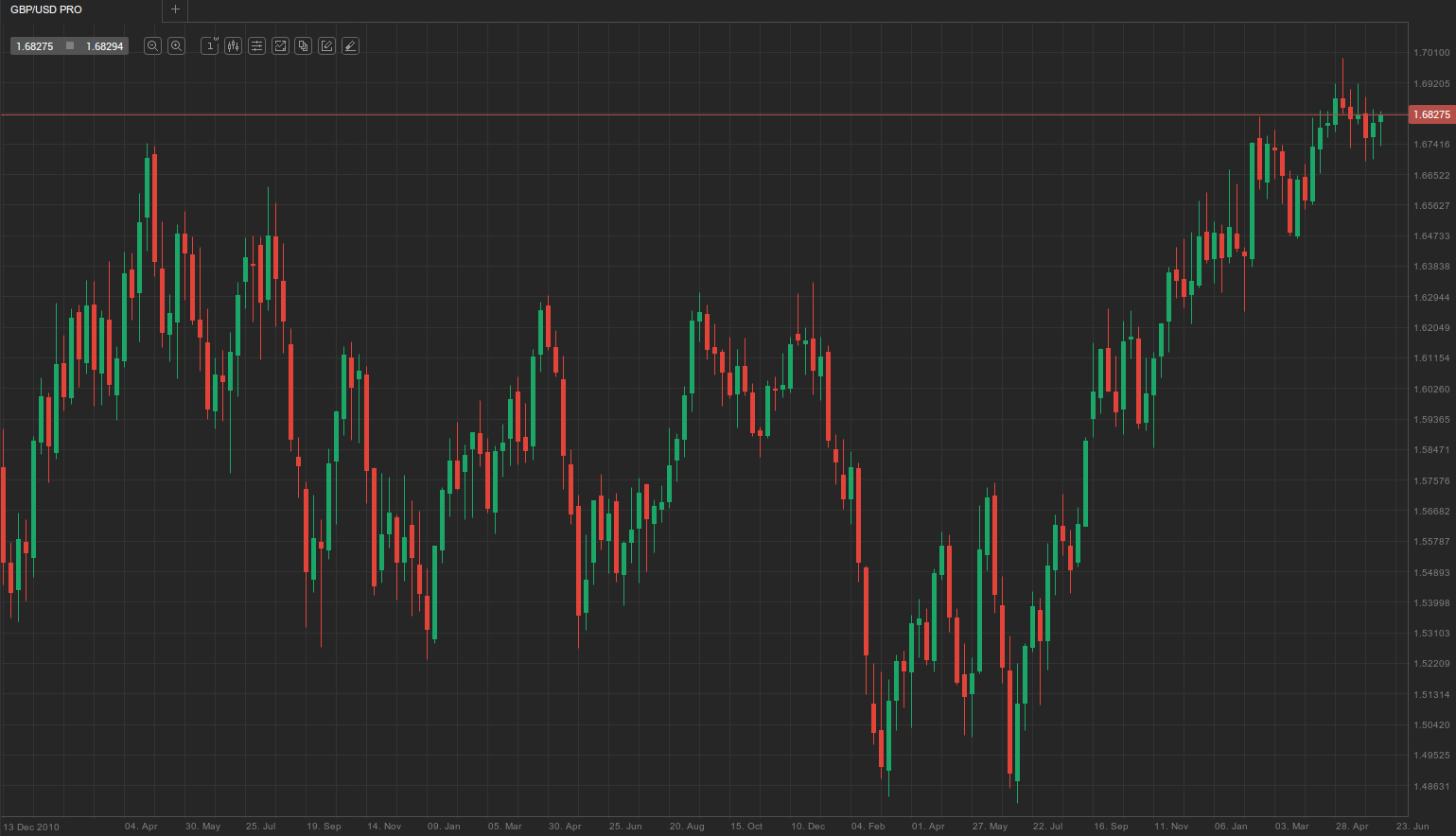 The weekly time frame shows that the market is in a strong bull trend, which confirms our 30-minute time frame analysis. You can then drop down to a an even smaller time frame – 10 minutes or 15 minutes, to achieve the best positioning.