The GDP represents the total monetary value of all goods and services produced over a specific time period in the United Kingdom, or the size of its economy. It is comprised by expenditures, made by households, business and government sectors, and the net foreign purchases. Fast rates of economic growth are usually considered as conduits to inflation, while low or negative rates of growth signal weak economy or recession. The report on Gross Domestic Product holds a lot of weight for currency traders. Because it serves as evidence of growth in a productive economy (respectively, evidence of contraction in an unproductive one), currency traders will see a higher rate of growth as an indication that interest rates will probably be raised as well.

The index of industrial production reflects the change in overall inflation-adjusted value of output in sectors such as manufacturing, mining, utilities, quarrying, as well as electricity, gas, and water supply in the United Kingdom. Manufacturing output, which comprises about 80% of nations industrial production, is a key component of the Gross Domestic Product. That is why the report on industrial output is closely watched by investors for hints over the current strength of the economy. Numbers, suggesting improvement, usually provide a boost to sterlings demand.

Published by the Office for National Statistics, the RPI is a measure of inflation. It reflects the change in prices of a basket of retail goods and services. Market players tend to pay more attention to another indicator, known as RPI-X – the retail price index, excluding interest payments on mortgages. The RPI-X is the gauge, which Bank of England closely examines in order to adjust its benchmark interest rate. 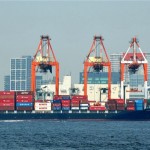 This indicator is also known as visible trade balance, because it reflects the difference in value between exported and imported physical goods, without the inclusion of exported and imported services. Since United Kingdoms economy is to a great extent dependent on trade, the visible trade balance is considered as a key factor, providing clues over the resilience of nation’s economic growth. Market players tend to give higher priority to seasonally-adjusted figures, reported during a period of three months, because one-month trade periods are considered to be not very reliable. A contracting trade deficit or expanding trade surplus will usually support demand for the national currency. 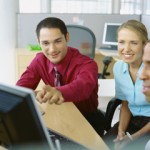 The PMI is based on a monthly survey conducted by the Chartered Institute of Purchasing and Supply (CIPS). The PMI is calculated in order to reflect activity in sectors such as manufacturing, construction and services in the United Kingdom. For instance, the services PMI is based on a survey, encompassing managers of companies, that operate in sectors such as transportation, communications, IT, financial intermediation, tourism. They are asked about their estimate regarding current business conditions (new orders, output, employment, demand in the future). The resulting PMI value is measured from 0 to 100. If the index shows a value of 100.0, this means that 100% of the respondents reported an improvement in conditions. If the index shows a value of 0, this means that 100% or the respondents reported a deterioration in conditions. If 100% of the respondents saw no change in conditions, then the index will show a reading of 50.0. Therefore, readings above the key level of 50.0 are indicative of expanding activity in the respective sector, which usually supports the pound.

Housing Starts, a leading indicator, measure residential units, on which construction has already begun during any specific month. A start in construction is defined as the foundation for the building. This indicator has a certain relevance to investors, as housing sector in the United Kingdom is among those industries, which sustain overall economic performance.