Support and resistance levels are among the most important points of price movement a trader should look for. Traders who know how to determine and trade these levels have an edge over the general public and therefore achieve higher return. For a day trader understanding the market structure and dynamics, as well as adjusting to the shifting market conditions is crucial for remaining competitive. Day traders rely on profiting from short-term price fluctuations, which are heavily influenced by multiple support and resistance levels – from previous swing highs and lows, to short-, medium- and long-term moving averages, as well as certain levels of indicators (overbought and oversold levels). Thus, price zones of significant volatility and volume are key to the day traders trading process.

However, a single person is hard to keep track on absolutely everything that happens on the market, thus selectivity in entry points is required. This allows market players to spend more time considering better entry signals and not split their attention in too many directions. As such, day traders should focus on market movements accompanied by large order flows when a wide market reaction is more likely.

Round numbers are widely traded points of price movement that exceed the volume of many other areas due to the overall simplicity of trading they present. Double zero reactions are very suitable for day traders as they have a better risk-to-reward ratio than many other scenarios. It is an easy-to-grasp trading method, but nevertheless it requires a good understanding of crowd behavior and an accurate assessment of market sentiment in order to properly predict whether the market will penetrate or rebound from the double zero level.

You also need to understand how dealing rooms and large banks operate at these price levels. Large banks which have access to the number and types of conditional orders (stop loss, take-profit, limit orders) have a major advantage over the general public of traders because they get an early idea of market players potential reactions at different support/resistance levels.

Possessing that type of information and having huge capital at their disposal allows banks to enter short-term positions that push the market to trigger traders stop losses. Dealers can also use this information to achieve the same. This is easily done because traders tend to cluster their conditional orders around certain price levels, like in our case round numbers. While stop-loss orders on long positions are usually bunched up several pips beyond the double zeros, so that random noise does not trigger them, take-profit orders on short positions are usually set at the double zero number.

Knowing exactly how a major part of the market is positioned allows large banks to exploit this knowledge and run their stops. As the price drops toward a double zero price level, bears take-profit orders at the round number are triggered and bulls enter with stops below the double zero level. Banks and dealers then fade the round number and short, pushing the market down and running those stops before exiting their positions several pips later and allowing the market to resume its upward movement.

How to trade round numbers

In order to achieve the best possible profit, certain conditions must be met. The price must be trading well below the 20-period moving average on the 10 or 15-minute time frame. Additionally, the trade stands to profit more if the significance of the double zero level is backed by technical indicators such as moving averages, moving average envelopes, Bollinger bands, Fibonacci levels etc. Also, this strategy works best during calm market conditions, thus economic data releases are best avoided.

When all the conditions listed above are met, you can proceed with the trade itself. Lets assume we will be aiming for a long position. As the price drops well below the moving average and penetrates the round number, you need to go long at several pips below the round number. For example, if EUR/USD 1.2900 is penetrated, you should buy at EUR/USD 1.2893-1.2895. You need to put a protective stop at between 15 and 25 pips below your entry point, 20 at best (in our case at around EUR/USD 1.2873 – 1.2875). The price is expected to drop a bit further and then rebound as banks and dealers cover their shorts. If it doesnt, your stop will be gunned.

However, if everything goes according to plan and your position becomes profitable, you should scale out of it in two or three increments. You should close half of your position and lock in profit when you earn double the amount you have risked, in our case as the EUR/USD reaches 1.2933 – 1.2935. At that point, you should initially move the stop on the remainder of your position at the breakeven level – 1.2893 – 1.2895, and as the market continues to move in your favor you should trail your stop using either a percentage or absolute basis – whichever is your preferred method. See the following example. 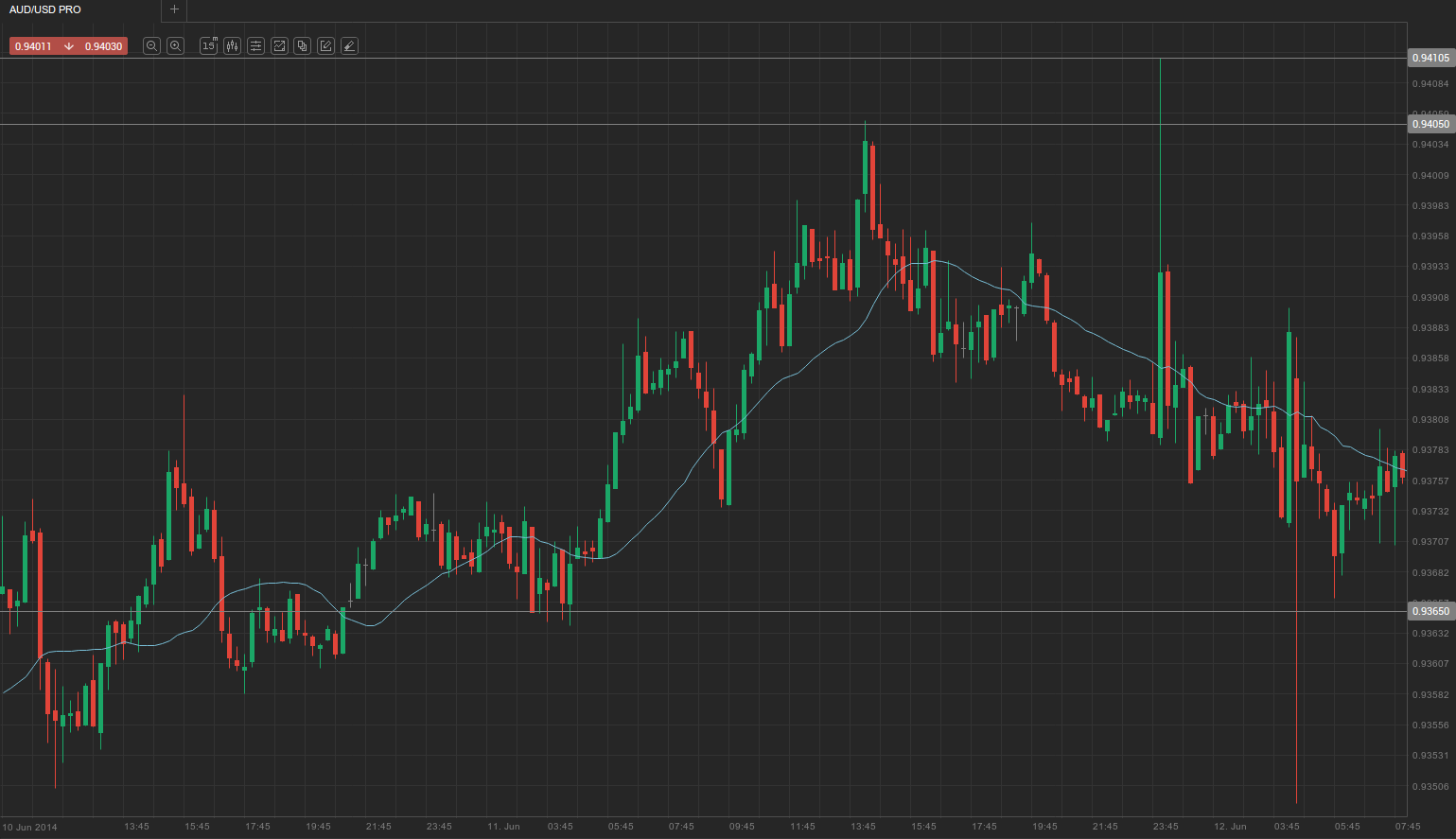 As you can see on the screenshot above, the AUD/USD cross penetrated the 0.9400 level on two occasions, but we decided not to fade the first one because the market was currently in a bull trend, implying a higher possibility of a real breakout and not a fakeout, and also because there were economic releases at that time. However, the second double-zero spot was right on, because the previous bull trend had reversed as it began forming lower highs and lower lows and there were no economic release neither from the US, nor Australia.

We enter short at 0.9405 and place a protective stop at 0.9425. The market pushed a bit higher to 0.9410, but then reversed as expected. Our profit target of double the amount risked, i.e. 40 pips, was reached at the level of 0.9365. At that point you can either choose to square your position or leave a portion of it on the market and use a trailing stop. In our case, the latter strategy would have squeezed out a few extra pips.