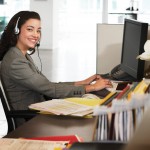 Australian economy is service-oriented, with services segment of economy accounting for 68.8% of nations total GDP. Major sectors are finance, tourism, media, education and logistics. Australias “Big Four” banks are among the 50 safest banks in the world as of April 2012. These banks hold about 80% of the home loan market in Australia, while their combined assets amount to 2.66 trillion AUD (about 200% of nations GDP during 2011). This group includes National Australia Bank (NAB), Commonwealth Bank (CBA), Westpac Banking Corp. and Australia and New Zealand Banking Group (ANZ).

The Australian Securities Exchange is the largest stock exchange in Australia and in the South Pacific region, while being the ninth in the world and the fourth in Asia by market capitalization (1.215.60 billion USD as of June 2012).

Australian industrial sector accounts for 27.3% of the total GDP, while 21% of countrys labor force is occupied in this sector. Manufacturing sector was at its peak during the 1960s, contributing to 25% of the GDP, while its share has fallen to below 10% since then.

Agricultural sector accounts for 4% of the total GDP, while 3.6% of nations labor force is occupied in the sector. 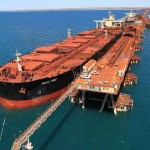 Australia has had consistently large deficits on its current account for the past over 50 years. In 2011 iron ore contributed to 24% of nations total exports, coal briquettes – 18%, gold – 6%, petroleum gas – 5%, copper ore – 2% etc, or in general economy and the exchange rate of the national currency tend to be very sensitive to changes in prices of commodities. The majority of nations import is comprised by machinery and transportation equipment, telecommunications equipment, crude oil and petroleum products. The country obtained the status of the 19th largest exporter and the 19th largest importer in the world in 2010. During the same year the total value of exports was 210.7 billion USD, while the total imports amounted to 200.4 billion USD.

Australia has a number of free trade agreements (FTA) with numerous countries such as the United States, Singapore, Chile, Thailand etc, with the most prominent free trade agreement being the Australia New Zealand Closer Economic Relations Trade Agreement (ANZCERTA), which was enforced in 1983. However, nations economic development in recent years has been strongly influenced by trade relations with China, as the latter became Australias largest export partner in 2009 (prior 2009 the largest export market was Japan). 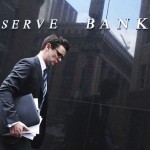 The Reserve Bank of Australia is Australias central bank, which derives its functions from the Reserve Bank Act 1959. Its major objectives are to ensure the stability of the national currency, full employment and the economic prosperity and welfare of the country. In order to accomplish these objectives the central bank has set an informal Consumer Price Index target within the range of 2%-3% annually over the medium term. This target disciplines monetary policy making, provides guidelines for private sector inflationary expectations, while increasing the transparency of RBA’s activities. Controlling inflation preserves the value of money and stimulates a strong and sustainable growth in the economy in the long term. In case the rate of inflation or inflationary expectations surpass the inflation target, the central bank will be urged to implement a tighter monetary policy, respectively, to further increase interest rates.

The Monetary Policy Committee within the RBA is comprised by the governor, the deputy governor, the secretary to the treasurer and six other independent members, which are usually appointed by the Australian government. The Committee introduces changes regarding monetary policy based on consensus.

Monetary policy includes setting the interest rate on overnight loans in the money market, the cash rate. The latter influences other interest rates in the economy, which also affects the behavior of borrowers and lenders and overall economic activity. The cash rate represents the rate, at which banks can borrow from and lend to each other on an overnight basis. Any change in the cash rate influences the sentiment regarding the national currency. 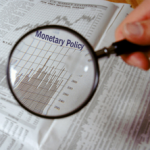 The Reserve Bank of Australia operates in the foreign exchange market on a regular basis in order to meet the foreign exchange needs of its clients and to facilitate domestic liquidity management. The bank may also enter the currency market in order to respond to disorderly market conditions or huge misalignment of the value of the national currency.