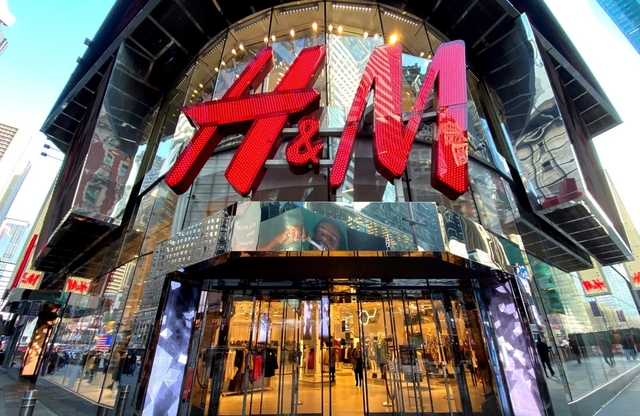 Shares in H&M declined 2% at the beginning of the Monday trading session. This followed the company’s report on second-quarter sales, which dropped 50% after the global shutdown during the pandemic crisis.

On Monday, the fashion retailer reported a huge slump in quarterly sales due to the measures taken to bend the curve during the pandemic. Despite that, the losses registered by H&M are less than expected.

The retail company reported net sales of 28.7 billion crowns ($3.1 billion) for the second quarter of the fiscal year. These results represent a 50% drop in sales compared to the net sales for the same period last year. The reports of H&M show slightly better results than the analysts’ predictions for net sales of 27.5 billion crowns. While physical shops were closed, the online sales surged 36% and 48 out of H&M’s 51 online markets offer online sales.

About 80% of H&M’s stores were temporarily closed during the coronavirus pandemic. As many countries began to lift restrictions, the company started reopening its stores in late April. The fashion retailer reported a 30% drop in total sales for the first 13 days of June.

While the company reported an improvement in sales for the last few weeks, it also stated that 18% of its stores will continue to be closed temporarily. The predictions of analysts for H&M’s sales are for a slow but steady recovery.

Before the pandemic, the company was about to endure a decline in inventories as many stores had an issue with digitalization and were facing tough competitors. Despite that, analysts predict a jump in inventory as delayed items finally arrived at H&M stores in May.

According to MarketBeat, analysts have an average price target of SEK 149.58 for H & M Hennes & Mauritz. The company has a potential upside of 5.7% from its current price of SEK 141.50. These results are based on 11 research reports which were conducted in the past 90 days.

The same media also offers the recommendations of 13 analysts who have a consensus rating of “Hold” for the H & M Hennes & Mauritz stock. Out of all 13 analysts, 4 ranked the stock as “Buy”, 5 as “Hold” and 4 – as “Sell”.