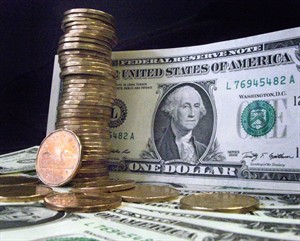 US dollar distanced from its lowest point on Monday against the Canadian currency, while earlier the loonie advanced on upbeat Canadian building permits data.

US dollar was put under selling pressure on Friday, after the Bureau of Labor Statistics reported that US employers added 169 000 new jobs in the month of August, following the revised down 104 000 jobs in July from 162 000 previously. The official report said that non-farm payrolls in the US have initially been revised down by a total of 74 000 during June and July. US unemployment rate diminished to 7.3% during August from 7.4% a month ago. These data points introduced a new dose of uncertainty over whether the Federal Reserve Bank will embark on a scale back to its stimulus program at its meeting on September 17-18th.

Meanwhile, earlier on Monday it became clear that Canadian building permits climbed at the fastest pace in two years in July, because demand for business buildings increased. The total value of issued permits by Canadian municipalities jumped by 20.7% to the record 7.99 billion CAD in July on a monthly basis, outperforming significantly expectations of a 3.5% increase. In June revised data pointed that the value of issued permits dropped by 10.6%.

“It’s a terrific number, the best we’ve seen in years — it’s jobs and money pumped into the economy,” Greg Anderson, the head of global foreign-exchange strategy at Bank of Montreal in New York, said by phone, cited by Bloomberg. “I’m surprised the loonie hasn’t caught more of a bid on this. You’re not increasing consumer debt, you’re increasing commercial and industrial debt, and that’s where there’s capacity.”

Elsewhere, Canadian dollar was losing ground against the euro, with EUR/CAD cross advancing 0.15% for the day to trade at 1.3738 at 14:25 GMT. GBP/CAD pair was gaining 0.23% to trade at 1.6312 at 14:26 GMT. At the same time, GBP/USD extended daily gains, hitting fresh three-month highs. The cross climbed to 1.5732 at 14:22 GMT, the highest point since June 17th. EUR/USD also advanced to a new session high on Monday, hitting 1.3249 at 14:35 GMT, the pairs highest point since September 5th. This climb was a result of comments made by the Russian Foreign Minister Sergey Lavrov, that Russia will ask Syria to put all of its chemical weapons under international superintendence or destroy them in order to avoid a military strike by the United States and its allies.