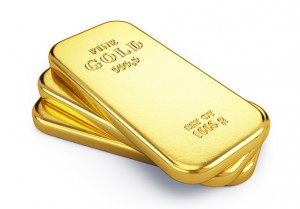 Gold remains under a key technical level after a strong increase on Friday as U.S. non-farm payrolls came in weaker than expected.

Gold is traded beneath the key level of $1 180 and the resistance is likely to push prices back to the 4-1/2 year low touched last week as the dollar remained strong amid caution related to speculations of an upcoming interest rate increase by the U.S. Federal Reserve.

The precious metal benefited from lower-than-expected U.S. non-farm payrolls in October, which increased by 214 000, down from the projection of 231 000, boosting golds appeal as a hedge. However, the unemployment rate reached a new six-year low of 5.8%, capping gains.

“The rally on Friday may well be overdone as investors mull over the U.S. data and realize the jobs data actually wasnt all that bad,” said Sam Laughlin, a metals dealer at MKS Group. “We are looking towards resistance around $1,180-85 while support will be sitting around Fridays low print of $1,130.”

Analysts and traders surveyed by Reuters predicted that gold prices could fall to $1 000 by the end of the year for the first time since 2009. However, lack of key U.S. data during this week may push prices higher, but they are not expected to breach $1 185.

Assets in the SPDR Gold Trust, the biggest bullion-backed ETP and a proxy for investor sentiment towards gold, lost 5.68 tons on Friday and reached 727.15, its lowest since September 2008.

According to Binary Tribune’s daily analysis, December gold’s central pivot point on the Comex stands $1 159.7. If the contract breaks its first resistance level at $1 189.1, next barrier will be at $1 208.3. In case the second key resistance is broken, the precious metal may attempt to advance to $1 237.7.