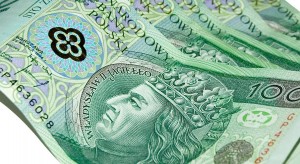 The annualized index of consumer prices (CPI) in the United States probably slipped to 1.9% in August from 2.0% in July, according to market expectations. In monthly terms, the CPI probably remained flat last month, following a 0.1% gain in July. The all items index registered its smallest seasonally adjusted increase since February in July, according to the report by the Bureau of Labor Statistics. The indexes for shelter and food gained, but were partially offset by drops in the energy index and the index for airline fares. The food index increased 0.4% in July, with the food at home index also gaining 0.4% after a flat performance in June. The drop in the energy index was the first since March and came as a result of declines in the indexes of all the major energy components.

The CPI includes sales taxes, but excludes income taxes, prices of investments such as stocks and bonds and sales prices of homes.

The annualized Core CPI, which excludes prices of food and energy, probably remained unchanged at 1.9% in August. It is usually reported as a seasonally adjusted figure, because consumer patterns are widely fluctuating in dependance on the time of the year. The Core CPI is a key measure, because this is the gauge, which the Federal Reserve Bank examines in order to adjust its monetary policy. The Fed uses the core CPI, because prices of food, oil and gas are highly volatile and central bank’s tools are slow-acting. In case, for example, prices of gas surge considerably, this could lead to a high rate of inflation, but the central bank will not take action until this increase affects prices of other goods and services.

If the CPI tends to approach or comes in line with the inflation objective, set by the Federal Reserve and considered as providing price stability, or 2%, this will usually support demand for the US dollar. However, quite high rates of inflation (well above central bank’s inflation target) can be harmful to economy and as a result, this may lead to the loss of confidence in the local currency.

The deficit on US current account probably widened to 114.6 billion USD during the second quarter of the year, according to the median forecast by experts, from 111.16 billion USD in Q1. If so, this would be the largest deficit figure since Q2 2012.

The current account reflects the difference between a nation’s savings and its investments. It is the sum of the balance of trade, net current transfers (cash transfers) and net income from abroad (earnings from investments made abroad plus money sent by individuals working abroad to their families back home, minus payments made to foreign investors).

A current account surplus indicates that a country’s net foreign assets have increased by the respective amount, while a deficit suggests the opposite. A country with a surplus on its current account is considered as a net lender to the rest of the world, while a current account deficit puts it in the position of a net borrower. A net lender is consuming less than it is producing, which means it is saving and those savings are being invested abroad, or foreign assets are created. A net borrower is consuming more than it is producing, which means that other countries are lending it their savings, or foreign liabilities are created. Therefore, a contracting surplus or a widening deficit on the current account of a nation usually has a bearish effect on its currency.

The Bureau of Economic Analysis is expected to release the official data at 12:30 GMT.

The National Association of Home Builders (NAHB) Housing Market Index probably increased to a reading of 56 in September from 55 in August. It is based on a monthly survey in regard to current home sales and expected sales in the coming six months. Values above the key level of 50 indicate that housing market conditions are good. Therefore, higher than projected readings would provide support to the US dollar. The official data is scheduled for release at 14:00 GMT.

The Federal Open Market Committee (FOMC) will probably keep its benchmark interest rate unchanged within the range 0-0.25% for a 45th consecutive meeting. In addition, the FOMC members will probably reduce the pace of monthly asset purchases by another $10 billion to $15 billion, according to the median forecast by experts.

In a speech during the Economic Symposium in Jackson Hole, Federal Reserve Chair Janet Yellen introduced the possibility of an interest rate hike earlier than expected, if US labor market conditions continue to improve or the rate of inflation increases at a faster pace.

The minutes of Federal Open Market Committee meeting, conducted in July, revealed that the tightening of monetary policy may occur sooner than anticipated and would give warning on any changes well before interest rates rise. According to extracts from the minutes: ”With respect to monetary policy over the medium run, participants generally agreed that labor market conditions and inflation had moved closer to the Committee’s longer-run objectives in recent months, and most anticipated that progress toward those goals would continue. Moreover, many participants noted that if convergence toward the Committee’s objectives occurred more quickly than expected, it might become appropriate to begin removing monetary policy accommodation sooner than they currently anticipated.”

”In their discussion of monetary policy in the period ahead, members judged that information received since the Federal Open Market Committee met in June indicated that economic activity rebounded in the second quarter. Household spending appeared to be rising moderately, and business fixed investment was advancing, while the recovery in the housing sector remained slow.”

Investors and traders keep a close eye on the FOMC’s policy decisions. After each of the eight FOMC meetings, an announcement is made regarding the decision by Fed to increase, decrease or maintain the federal funds rate. The FOMC will announce its official decision on policy at 18:00 GMT. In case the central bank’s policy makers cut the monthly asset purchases, this would certainly bolster demand for the greenback.

At 18:30 GMT Fed Chair Janet Yellen is scheduled to take a statement. In her public statements so far, Yellen demonstrated a more moderate tone, while upholding the view that economic recovery should be supported by an accommodative monetary policy.

Polands annualized industrial production probably expanded 0.7% in August, according to the median forecast by experts, following a 2.3% increase in July and a 1.7% gain in June, with the latter being the slowest pace since August 2013. The index reflects the change in overall inflation-adjusted value of output in sectors such as manufacturing, mining and utilities. In case industrial output expanded more than anticipated, this would have a bullish effect on the local currency. The Central Statistical Office of Poland (GUS) will release the official industrial data at 12:00 GMT.

According to Binary Tribune’s daily analysis, the central pivot point for the pair is at 3.2332. In case USD/PLN manages to breach the first resistance level at 3.2479, it will probably continue up to test 3.2639. In case the second key resistance is broken, the pair will probably attempt to advance to 3.2786.