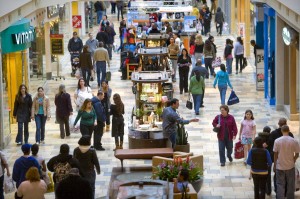 J C Penney Company Inc. made an official statement and shared a smaller second ­quarter loss due to the fact the company has benefited from promotions and discounts, which attracted more customers over the period. The U.S.­based department ­store chain hasnt posted an annual profit
in three years.

The Chief Financial Officer of J C Penney Company Inc. Mr. Edward Record told the companys shareholders that he felt good about the overall performance of the department ­store chain. As reported by the Financial Times, Mr. Record said: “Do I wish the sales had come back sooner?

Yes. But you have to earn back the customers…and there’s a fight out there.” The profitability of J C Penney improved thanks to the fact that it sold less merchandise on clearance. The companys gross margin increased from 29.6% to 36%. Recently, the Chief

Executive Officer of the department store chain Mr. Mylon Ullman has been trying to deal with the poor results of the company and helped it recover from a catastrophic overhaul started by the its ex CEO Mr. Ron Johnson.

The managing director of Imperial Capital LLC – Ms. Mary Ross­Gilbert commented the companys performance in an interview, which was cited by Bloomberg: “They’ve gone back to their core competency, boosting private label, getting back into the home department. We should see further improvement as they get other categories back to where they need to be.”