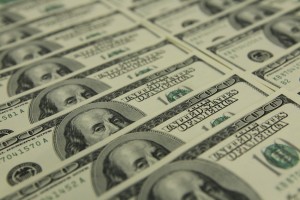 US dollar rose to its highest point in three weeks against the Canadian rival on Wednesday, after a White House official said that Fed Vice Chairman Janet Yellen is to be nominated as the next Chairman and also be the first lady to take this post in all-time history of the central bank.

Canadian dollar lost ground against the greenback, as crude oil, Canadas largest export, sank to 102.14 USD per barrel at 14:15 GMT, recording a daily loss of 1.41%. “We’ve seen some signals the U.S. slowdown may spill over to Canada, and we’ve had some weak trade numbers,” Shaun Osborne, chief currency strategist at Toronto-Dominion Bank’s TD Securities unit in Toronto, said by phone, cited by Bloomberg. “The Canadian dollar has really been sidelined and moving sideways for the past couple of weeks and I don’t think that’s going to change in the near term.”

On the other hand, the US dollar was largely supported, after it became clear that Federal Reserve Bank Vice Chairman Janet Yellen would probably succeed current Chairman Ben Bernanke, whose term ends on January 31st. Another supportive impulse for the greenback came, as market players awaited the release of the minutes of Federal Open Market Committee (FOMC) meeting in September. It is scheduled for release at 18:00 GMT.

German industrial production rose more than expected in August, which eased concerns that the debt crisis in the Euro zone has caused a negative impact on region’s largest economy. Industrial output increased 1.4% in August on a monthly basis, exceeding expectations of a 0.9% gain. July’s result has been revised to a 1.1% drop from a 1.7% drop previously. However, the euro showed a brief upward reaction to this news, after which continued to slide against the US dollar.

In the United Kingdom, the index, gauging overall industrial production, fell 1.1% in August on a monthly basis, marking the largest monthly drop since September 2012, after the 0.1% uptick in July, while expectations pointed a 0.4% gain. Annual industrial production contracted at a faster pace than projected in August, by 1.5% instead of 0.7%, as this widened the recorded 1.1% drop in July. UK manufacturing production declined 1.2% in August compared to July, confounding experts’ estimates of a 0.4% increase, while in July the output inched up 0.2%. The sterling came under massive selling pressure after these data points.

Ultimately, the dollar index, which tracks the performance of the US currency against a basket of six other major currencies worldwide, climbed to 80.525 at 14:15 GMT, after trading at 79.940 during the later phase of US trade yesterday.