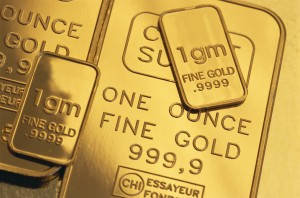 Yesterday, Ben Bernanke dampened investors speculation of an earlier than expected deceleration of Feds monetary easing program. He said the U.S. economy needs Feds accommodative monetary easing program over the near-term as while the manufacturing sector, housing industry and other sectors from the industry have improved, the latest 7.6% unchanged reading of the Unemployment Rate pointed at a fragile labor market. Meanwhile, inflation remained stable and low, giving the central bank more room to ease money supply. This comes after in June Bernanke pointed at an imminent scaling back of the monetary stimulus and an end to it by mid-2014, if the needed recovery signs were provided.

Also yesterday, the released minutes of FOMCs meeting in June showed that policymakers are divided in their opinion about the future of Quantitative Easing. Around half of them believe the central bank should start winding down bond purchasing by the end of the year, while the rest think the labor market remains week, citing the latest Unemployment Rate reading.

Ben Bernankes statement caused the U.S. dollar to plunge on Wednesday, settling 1.4% lower on the day. On Thursday, the dollar index with September settlement traded at 83.26 at 7:29 GMT, down 1.12% on the day. It ranged between days high and low of 84.26 and 82.60. The U.S. currency gauge which measures the greenbacks strength versus six major counterparts has so far lost 1.7% this week after posting a tree-year high of 84.96 yesterday, prior to Bernankes speech.

Dollars weakness boosted gold as the greenback trades in an inverse relation to raw materials. Weakening of the currency makes dollar-priced commodities cheaper for foreign currency holders, boosting their appeal as an alternative investment.

David Lennox, a resource analyst at Fat Prophets in Sydney, said for Bloomberg: “One of their mandates is to get unemployment down, but its not moving. The markets realized that while unemployments stuck, theyve got to keep stimulating.”

Gold erased some of its previous losses after falling to as much as $1 180 an ounce in the end of June. So far, the precious metal is down 23% this year as the dollar index gained 3.7% following shifting expectations of Feds intentions to taper its monetary stimulus.