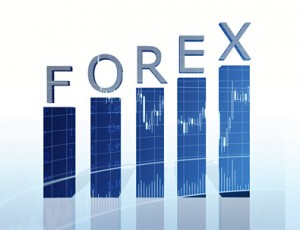 Forex stands for foreign exchange and basically consists in trading one currency for another. For example, when you are visiting a foreign country as a tourist or want to invest in it, you will need to acquire a certain amount of local currency to conduct payments. The conversion of your home country’s currency into that of another’s makes you a participant in the Forex market.

The foreign exchange market is the biggest and most liquid market, reaching daily volumes of over $5 trillion. Unlike other markets, there is no central marketplace and currency trading is done over-the-counter. Decentralization enables the spot currency market to remain open twenty-four hours per day, closing only during the weekends.

But how is a currency value determined?

In every free economy, the nation’s currency is valued through market forces, which determine its supply and demand. The higher the demand for a currency is, the higher its price will be. Factors like tourism, investments, trade and geo-political risks increase or decrease the need of buying local currency. For example, when a foreign company seeks to do business with a local one, it typically pays the local company with local money. The more developed a country’s tourism sector is, the more tourists it will attract, thus increasing the need for people to exchange home for local currency in order to pay for the goods and services they consumed.

Foreign investments are typically made in the local currency as well. Also, if a geo-political risk like war or mass protests occurs, demand for the local currency usually decreases as less people seek to visit the country and more local people want to leave it, thus selling home currency for foreign. Given the fact that almost every country in the world has a free economy and the noted factors apply for all of them, this makes currency trading the most needed and intensive market. And when you add the speculators to the picture who attempt to profit through price movements and account for a large part of the globally traded volume, it is easy to understand why the Forex market is so big and keeps expanding.

Who are the main players on the Forex market?

Participants on the foreign exchange market can be categorized in six groups:

1) Commercial and investment banks are the foundation of Forex as all other players must deal with them in order to participate on the market. The mechanics of order processing in currency exchange, in which banks play the main role, will be explained in the next article. Apart from that, commercial and investment banks are the founders of foreign currency exchange, which began as an added service to deposits and loans, expanding banks’ range of provided services.

2) Central banks are also a major Forex player, but they are separated from commercial and investment banks due to the different goal they are after when exchanging foreign currencies. Their main purpose is to provide adequate trading conditions in their home countries, controlling the availability and money supply. They also intervene in the Forex market at times of economic and financial imbalances, when fluctuations of the national currency need to be dampened.

3) High-net-worth individuals participate on the Forex market through commercial and investment banks. A high-net-worth individual is a person with high net worth. In the American private banking business, such person is defined as having investable assets of more than $1 million, which excludes his primary residence.

4) Hedge funds are a relatively new player on the currency exchange markets. They comprise high net-worth individuals that work in a partnership and have very large pools of investments, in most cases totaling well above hundreds of millions of dollars.

5) Businesses and corporations of any size also participate on the markets, from small exporters/importers to multi-million enterprises. They are mainly driven by the needs of their business operations, during which often payments for goods and services in foreign currencies arise and require an exchange. Such players are called “commercial traders” and they use the financial markets to hedge their operations by offsetting exchange rate risks.

6) Individuals are mainly people who need to exchange some of their home currency for another, mainly when they are visiting a foreign country and need to pay for goods and services in the local currency. Individuals are also traders that are using different online trading platforms in order to profit from price fluctuations, but are trading with small amounts of currencies.