Bitcoin is an entirely web-based invention. It represents a digital currency based on encryption software. Unlike conventional currencies (US Dollar, British Pound etc), Bitcoin is not subject to printing, it does not exist in any physical form. Instead, it is generated by a network of individuals (and increasingly business organizations) that run specialized software on their computers in order to solve cryptographic problems. Based on mathematical formula, the software is freely available. Since the blockchain technology behind Bitcoin is of the so called public type, anyone is able to join the Bitcoin network.

The protocol behind Bitcoin, or the system of rules that ensures its network operates, has been designed in such a way that there is an upper limit to the number of coins in circulation. What this means is only 21 million Bitcoins can ever be produced by ”miners” (those who participate in the cryptographic puzzle-solving process with their computing power). However, Bitcoin is also divisible – 1 coin is comprised of 100 000 000 sub-units, known as ”Satoshi”. These sub-units are named after the person (or the group of people) that invented the digital currency – Satoshi Nakamoto.

One specific feature of Bitcoin is that it is fully decentralized. In other words, no single organization or regulatory authority is able to control its network. Every single computer that participates in Bitcoin mining and transaction processing represents a part of the entire network and all the computers within the network operate together as one. In case, one segment of the network goes off-line for one reason or another, the process of generating Bitcoins will not be disrupted. 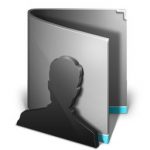 Another feature of the cryptocurrency is that it ensures anonymity, at least to a certain extent. Any user is able to maintain a number of Bitcoin addresses, which do not point to any names, geographical areas or other personal information. At the same time, however, Bitcoin also ensures complete transparency. The network contains records of every transaction that ever occurred between users in a distributed ledger. Every publicly used Bitcoin address, along with the amount of Bitcoins stored there, is visible to anyone within the network. What cannot be seen is who the address belongs to.

And finally, what can also be highlighted as a distinctive feature is that Bitcoin is non-repudiable. This means once a person sends a particular amount of Bitcoins to another user, the only way he/she can have that amount retrieved is when the recipient sends it back. Unlike the case with credit cards, chargebacks are not possible.

Over the past several years, Bitcoin managed to achieve such a tremendous increase in popularity (and, in its price respectively) due to a set of advantages it offers users:

Users are able to send coins anywhere, while the transaction is settled in a matter of minutes. A Bitcoin transaction can take about ten minutes to settle, in case a merchant requires confirmation of that transaction. On the other hand, ”zero confirmation” transactions can be instant. In such a case, the merchant accepts a transaction, which has not yet been verified by the Bitcoin network. In comparison, international wire transfers may take several business days to settle.

Third, with Bitcoin, to trust somebody else is completely unnecessary. In traditional banking environment, in order to have a transaction handled properly, one needs to put his/her trust in a particular bank (or its employees), a third-party payment processor as well as in a particular merchant. For their service, all these entities usually demand that a person provides them with sensitive data.

In comparison, because of Bitcoin’s protocol, trusting somebody else when making a transaction is not necessary. All Bitcoin transactions are digitally signed and secure. They are usually verified by an unknown ”miner”, and then – finalized. The identity of the person who signs the transaction does not even have to be revealed to the merchant. 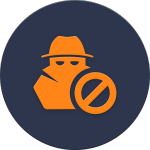 Fourth, users’ payment information cannot be stolen from merchants by somebody else. At present, a great deal of on-line purchases is made via credit cards. And, according to some experts, because these facilities were never meant for on-line use, they are far from being secure. In order to make a transaction, users are required to disclose sensitive information such as their credit card number, CSV number as well as the card’s expiry date into an on-line form. Thus, it is understandable why more and more credit card numbers are being stolen on a daily basis.

When it comes to Bitcoin transactions, however, users do not need to disclose any sensitive information. All that is used includes two keys – a public key that is visible to anyone on the Bitcoin network and a private key that is kept secret. When sending coins, a user signs the transaction by using his/her public and private keys together, while a mathematical function is also applied to them. As a result, a certificate is created, which provides proof the transaction was sent by the user. Unless he/she, by mistake, discloses his/her private key to everybody on the network, he/she will remain safe. 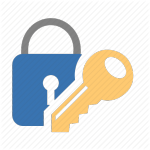 Fifth, with Bitcoin, users have complete control of their accounts. If we take a particular payment processor such as Skrill, PayPal etc., the company running it may decide that a user’s account has been misused in some way or another. As a result, it has the authority to freeze all the funds that the account holds, without notifying the user. Then, it all depends on the user to do whatever is needed to resolve the issue and gain access to his/her funds once again.

When it comes to Bitcoin, users have complete control of the private key and the respective public key associated with their Bitcoin addresses. It is, of course, up to them how to best keep these two keys secured. We shall discuss the matter with Bitcoin storage later in the guide.

« Understanding the Distributed Ledger
A look back in history of Bitcoin »