Skip to content
« Binary Options Fundamental Concepts
Trading Strategies, Why Are They So Important » 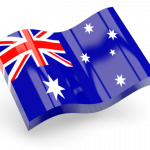 A positive correlation between currencies and commodities can be observed in many commodity producers, although most of them are not so pronounced. Apart from the strong positive relation between the Canadian dollar and crude oil, similar links can be seen between copper and the Australian dollar, as well as gold and the Swiss franc, although the connection here is of different nature.

As one of the major copper producers and exporters, the Australian economy is highly dependent on global demand for copper, and especially when it comes to the red metals top consumer – China, which accounts for around 40% of global consumption. Thus, the Australian dollar, particularly the AUD/USD pair, and copper are bound to have a strong positive correlation and will offer the most direct play on speculations regarding accelerating or decelerating economic activity in China.

A similar connection can be observed between the AUD/USD pair and the Shanghai Index, although there are periods when their bond breaks or even turns negative, thus investors need to remain wary. In all, traders should be keeping a close look on the overall performance of the Chinese stock market before initiating a trade on the mentioned underlying assets.

Gold is generally treated as a risk-aversion asset. This status is based on the fact that investors usually turn to gold during times of economic or geopolitical disturbances as they seek capital retention instead of appreciation. There have been, however, cases when gold gets sold during crises as investors need to raise capital, which reiterates that traders should always conduct thorough analysis before entering a trade.

However, golds main purpose as a store of value is its use as a hedge against high inflation. Thus, the metal tends to rise when investors fear that inflation will eat up their money and turn to gold to protect their wealth. And because high inflation implies a weak currency, you can see how the inverse relation between the two is formed.

Moreover, because gold is priced in US dollars, among other currencies, the greenback has the most pronounced negative correlation to the precious metal. At the same time, the Australian dollar tends to correlate positively to gold, given that Australia is the worlds second-biggest producer. Therefore, taking into account the metals relations to the USD and AUD, we can presume that, apart from trading gold directly, a binary options trader can also turn to the AUD/USD pair to trade the same market events.

An overview of the US dollars strength can be gained by the US dollar index. It is an index that consists of six currencies with different weights and measures the performance of the greenback relative to those trading peers. To learn more about the dollar index, as well as the alternative trade-weighted dollar index, read our article “United States Dollar Index“.

A popular currency binary traders can bet on which includes the relations between the US dollar and gold is the USD/CHF cross. Because gold has an inverse relation to USD, and a strong positive correlation to the Swiss franc, when gold is on the rise, USD/CHF is expected to generally drop, and vice versa. To learn more about the Swiss franc, read our articles “Profile of the Swiss Franc – Economic Overview and Monetary Policy“ and “Profile of the Swiss Franc – Characteristics and Major Economic Indicators“.

The global financial markets correlate to a large extent, which opens up possibilities to use the relations between linked assets as a hedge. Previously in the article we discussed the connection between certain assets such as crude oil and CAD, copper and AUD, and so on.

A binary options trader can use that in his favor by betting on a certain asset, while securing a large part of his capital by entering a reciprocal position in the same direction.

Let us give an example using the CAD-crude oil relation. If you think that oil is likely to go up, you can buy a Call binary option on oil. However, imagine that while you are in position, doubt starts to creep in your mind that you might have anticipated its movement direction wrong. You can hedge against that risk by betting against the Canadian dollar (we explained earlier that crude oil and the loonie typically have a strong enough positive correlation). In our case, you can wager that the Canadian dollar will fall by buying a call option on USD/CAD. This way, if oil falls and your initial position becomes “out of the money”, your second option stands a great chance of going “in the money”.

Another type of hedge

Apart from hedging via correlated trades, a trader operating on the spot market can secure his capital by initiating a parallel binary options trade in the opposite direction. For example, if a trader anticipates a jump in the EUR/USD pair, he will quite logically go long on the spot market. A viable strategy to hedge against an unexpected drop in the currency pair is to purchase a reverse touch binary option with a strike price at the sell-stop of the spot trade. For example, if we entered long on EUR/USD 1.3000 with a stop-loss at 1.2970, we would purchase a touch option with trigger level at 1.2970. This way, if the price unexpectedly drops and guns our spot positions stop, the binary option will at least partly offset the loss we incurred on the Forex market.

« Binary Options Fundamental Concepts
Trading Strategies, Why Are They So Important »