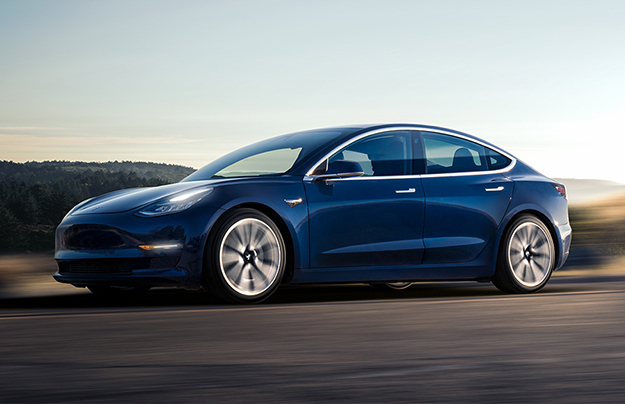 Shares of Tesla Inc (TSLA) retreated on the NASDAQ on Tuesday after an announced temporary halt of Model 3 production added to investor concerns that the auto maker may once again not manage to meet its vehicle output objectives.

In the week ended on April 15th the shares of the luxury electric vehicle manufacturer added 0.35% to their market value compared to a week ago, which marked a second consecutive period of gains.

However, due to the recent string of losses, the stock has pared its advance to 8.10% so far during the current month following a 22.42% slump in March. The latter has been a second consecutive monthly drop and also the largest one since December 2010.

The company explained that the pause was necessary in order to enhance automation and systematically address bottlenecks to achieve production ramp-up.

The use of robots for the assembly of Teslas Model 3 had, in fact, increased complexity of the process and caused delays, a circumstance acknowledged by Chief Executive Officer Elon Musk in a tweet last week.

Bernstein analysts note that the company has not only automated processes such as stamping, painting and welding, but it has also attempted to automate final assembly.

“While temporary suspensions to production, in order to improve manufacturing engineering/line rates, are not uncommon in the auto industry, particularly during a ramp-up, we believe that the news will once more be taken negatively by the market; providing more honey to the bears”, Evercore ISI analysts wrote in a client note, cited by Reuters.

Tesla said earlier this month that 2 020 Model 3 sedans had been manufactured during the last week of March, which fell short of its objective to achieve a weekly production rate of 2 500 vehicles by then.

Meanwhile, many analysts doubt that the auto maker will be successful in meeting its production objective for the end of the second quarter.

“I can’t imagine that Tesla can reach an output of 5,000 cars per week until the end of June”, Frank Schwope, an analyst at NORD/LB, was quoted as saying.

“I expect that Tesla is going to fail (in) their aims for this year, as they did so often”, he added.

The same media also reported that 11 out of 27 surveyed investment analysts had rated Tesla Inc’s stock as “Hold”, while 8 – as “Buy”. On the other hand, 6 analysts had recommended selling the stock.