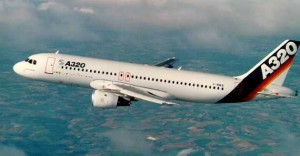 Airbus Group NV announced that its profit increased by 21% in 2013 and forecast earnings growth in 2014 as its aircraft division is working on expanding the production of the companys best-selling single-aisle planes.

Airbus Group NV made a statement today, revealing that its earnings before interest, tax and one-time items jumped to 3.6 billion euros (5 billion dollars), surpassing the projection of 3.5-billion-euro earnings. In addition, the company announced that its sales grew by 5% and reached 59.3 billion euros. Airbus Group NV also revealed that the production of its A320 model will be raised from the current 42 to 46 on a monthly basis in 2016.

As reported by Bloomberg, a record 626 planes were delivered by Airbus in 2013. The company aims at a similar number in 2014 due to the increased demand for fuel-efficient models. In comparison, Boeing Co., Airbus Group NVs most significant rival, is increasing the production of its 737 model to 47 on a monthly basis by mid 2017.

The Chief Executive Officer of Airbus – Mr. Tom Enders said in a statement, which was cited by Bloomberg: “Order intake was particularly strong for our Airbus commercial aircraft and provides a solid platform for the future growth of the group. Strong demand allows us now to increase the single-aisle production rate.”

Mr. Enders also explained that reaching cash flow break-even is still one of the main goals of the company after a shortfall in 2013, when “execution issues” led to an outflow before custоmer financing of 515 million euro. A positive cash flow is said to be expected by the company after 2015.

The companys namesake aircraft division is reported to generate two-thirds of Airbus Groups total revenue. In January 2014, the group, previously called European Aeronautic, Defence & Space Co, was reorganized as Airbus Group due to sluggish military sales, with three divisions – Airbus, Airbus Defence and Space, and Airbus Helicopters. In addition, the production of the A320 series has been steadily increased by the company over the last five years from 32 per month in the beginning of 2007 to 40 in the first quarter of 2012 and up to the current pace of 42 planes, established in October 2013.

James Buckley, who is a portfolio manager working for Baring Asset Management, said for Bloomberg: “Management has considerable credibility, and 2013 was a year of delivery for Airbus. The order pipeline is strong, and they have positive order flow.”