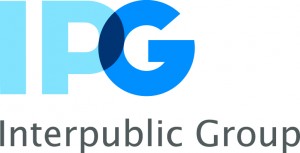 Interpublic Group of Companies Inc reported on Friday quarterly revenue above expectations but warned that full-year sales would be hurt by the robust US dollar.

The advertising company stated a revenue of $2.21 billion for the three months ended December 31, up 4% compared to the same period of last year. Interpublic said performance was boosted as US companies spent more money on advertising.

Revenue from the US edged up 4.3% to $1.12 billion, or slightly more than half of the total figure, while the companys international operations achieved a 3.6% increase in revenue for the period.

The financial figures were above the projection of $2.19 million in revenue and profit of $0.58 per share supplied by analysts surveyed by Thomson Reuters.

As a result from the robust performance, the companys board has approved a 26% increase in its quarterly dividend and an additional $300 million toward its share repurchase program.

Interpublic appointed three new directors to its board last week, backed by the vote of activist investor Elliott Management Corp.

The company said earlier this month it had reached a standstill deal with Elliott, under which the management company agreed to support Interpublics nominees.

Elliott became the biggest shareholder of Interpublic after it purchased a 6.7% stake in July, following an ill-fated merger deal between rivals Publicis Groupe and Omnicom Group.

Since the acquisition, Elliott has been pressuring the giant advertiser to entertain the idea of a sale.

For the year ahead Interpublic projected organic revenue to expand by between 3% and 4%, worse compared to the 5.5% growth it reported in 2014. Operating margin is expected to expand by 80 to 100 basis points.

The company cited the robust dollar, which has gained more than 12% in value against the six major currencies during the past year, and political uncertainties in Europe as decision-drivers for its downbeat revenue-growth guidance.

“We are pleased to report strong 2014 results that reflect significant progress in the marketplace and exceeded our growth and margin targets,” said Chief Executive Michael Roth. “Looking to 2015, we believe the tone of the business is solid.”

According to the Financial Times, the 17 analysts offering 12-month price targets for Interpublic have a median target of $21.00, with a high estimate of $24.00 and a low estimate of $18.00. The median estimate represents a 0.76% decrease from the last closing price.