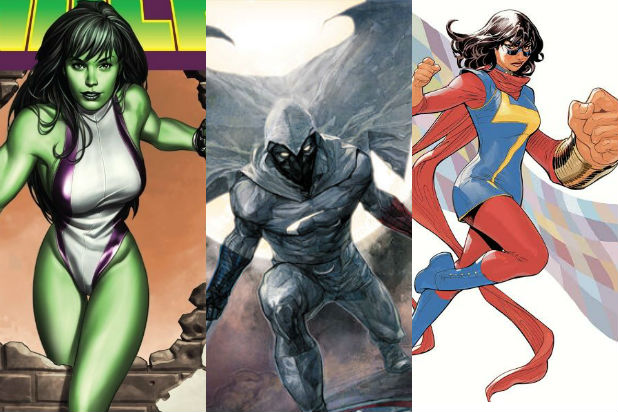 During a Friday presentation at Disney’s D23 Expo in Anaheim, California, Kevin Feige, the president of Marvel Studios, said that three more series would be launched on Disney+ video streaming service. Those will be shows based on Ms. Marvel, Moon Knight and She-Hulk.

Ms. Marvel, a character having the ability to stretch and shapeshift, will be presented by Kamala Khan, the first Muslim fictional superhero created by editors Sana Amanat and Stephen Wacker, writer G. Willow Wilson and artists Adrian Alphona and Jamie McKelvie.

Marc Spector, or the cloaked avenger Moon Knight, is another fictional superhero created by writer Doug Moench and artist Don Perlin. That character reflects the concept of what would come to be if the Batman suffered a multiple personality disorder.

As for the She-Hulk fictional character, after receiving an emergency blood transfusion from her cousin Bruce Banner, Jennifer Walters acquires a milder version of the Hulk condition. As a result, she transforms into a large, powerful green-hued version of herself, but retains her intelligence and emotional control.

The same media also reported that at least 18 out of 24 surveyed investment analysts had rated Walt Disney’s stock as “Buy”, while 6 – as “Hold”.