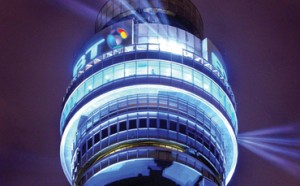 BT Group Plc will inject £1.5 billion into its pension plan by the end of April, outlining efforts to reduce its growing deficit amid stronger profits and network upgrade.

The company has agreed to a 16-year recovery plan with the pension trustees, including a injection of £1.5 billion over the next three months and an additional payment of £2 billion by 2017.

BT said its deficit has significant increased from £3.9 billion in 2011 to £7 billion as of June 30, reflecting the low interest rate environment.

The company also reported a 12% increase in third-quarter pre-tax profit to £694 million accompanied with an around 62% increase in free cash flow to £908 million.

Earnings before interest, tax, depreciation and amortization stood 2% higher to £1.57 compared to last year, despite a 3% drop in sales to £4.5 billion.

BT consumer revenue edged by 7%, mainly driven by strong performance in the companys broadband and TV businesses, which edged up 15%.

“This quarter we have delivered good growth in profit before tax and strong free cash flow,” Chief Executive Gavin Patterson.

The 168-year-old company also said it will upgrade its fiber broadband network in order to support internet speed of up to 500 Mbps with the aim to deliver those improvements to the majority of the UK within ten years.

BT will initiate a test period for the new technology, dubbed G.fast, that is projected to lift speeds to a few hundred megabits to millions of homes and businesses by 2020. The company said it will start distribution in 2016/17.

“We believe G.fast is the key to unlocking ultrafast speeds and we are prepared to upgrade large parts of our network should the pilots prove successful,” Mr. Patterson.

Currently the companys fiber network can deliver speeds of up to 76 megabits and is spread over 22 million premises or around three quarters of the UK.

The company also plans to acquire EE for around £12.5 billion, outlining efforts to bolster its position in the mobile market. Additionally, BT will participate in an action for Premier League football rights next week, with rival Sky expected to run interference.

According to the Financial Times, the 18 analysts offering 12-month price targets for BT have a median target of GBX 470.00, with a high estimate of GBX 580.00 and a low estimate of GBX 355.00. The median estimate represents a 9.53% increase from the last close price.