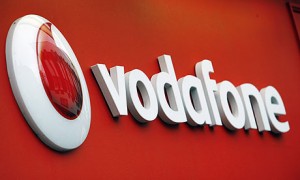 Vodafone Group PLCs CEO Vittorio Colao said that offering bundled television and broadband services may lead to declines in profit, as rivals use the same strategy to cut prices.

Mr. Colao also mentioned than Vodafone may be forced to bid for TV rights just to keep up with the competition.

British BT Group had started offering combined TV and broadband services, which may result in a mobile market share loss for Vodafone. Mr. Colao said Spanish and German communication companies added new services to their portfolios and offered them together with existing ones. However bundle prices in Germany stayed stable, while companies in Spain sold them at a discounted price.

“The level of profitability is different depending on the markets” Mr. Colao said. “I hope it goes the German way, not the Spanish way.”

He also added that “anti-competitive behavior” could delay Vodafones attempt to return sales to growth, which have declined due to price wars. Mr. Caloa added that the carriers transition to selling combination of products is an important factor in the fight to keep customers from switching to rivals.

Vodafone said it will introduce its own broadband and television service in the U.K. However, the company did not provide information about whether it will add its own exclusive content or use video materials provided by other groups, similar to its mobile contracts with Netflix and Sky.

Referring to exclusive content Mr. Colao said “Personally I have doubts that in the long run that this will really create a lot of value for the platform. It tends to create lots of value for the owner.”

Under a £19 million plan named Project Spiring, Vodafone has started expanding its network in order to add faster broadband and mobile technology. The company has acquired Kabel Deutschland in Germany and Grupo Corporativo Ono in Spain.

Vodaones business in Italy, one of the worst-performing units, could benefit from an acquisition said Mr. Colao. The company started building it own high-speed fiber network in the country.

“It’s not a secret that at the right price we could get more fixed assets, Italy is one of the countries we’re looking at” added Mr. Colao.

Vodafone had shown interest in Italy before, particularly in Swisscom’s Fastweb fixed-line business. However negotiations fell apart due to the inability of the two companies to agree on a price, according to people with knowledge on the matter.