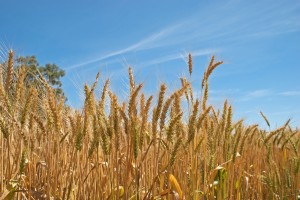 Japan is Asias second biggest wheat importer, after Indonesia. Japan imported 5.62 million tons of million wheat last fiscal year, 58% of which were from the U.S. Following the discovery wheat futures for July delivery tumbled 2,2% yesterday. Prices plunged further today and stood at $6,9513 a bushel at 11:50 GMT, down 0.5% on the day.

Paul Gaffet, an analyst at Offre & Demande Agricole in Bourges, France said for Bloomberg: “If there really are major concerns and Japan continues to cancel and buy elsewhere, that could weigh on Chicago.”

The findings, which led to the suspension may hurt U.S. export at a time when it already feels pressure by other countries competition. Rains in western Australia recharged soil moisture, which would lead to higher supply. Last week’s rains in the Black Sea region improved wheat conditions and Ukraine is expected to increase its wheat supply to 19,3 million metric tons, compared to last year’s 15.8 million metric tons production. Russias output is expected to surge by 48%. According to the Department of Agriculture U.S. supply will shrink to 25.2 million tons in the year that starts on June 1, down 9,8% from the preceding period.

Darrell Holaday, the president of Advanced Market Concepts in Wamego, Kansas said for Bloomberg: “This is not something we need to see when exports are suffering anyway. It’s a negative story during a negative export time, and if the Black Sea keeps getting rain it’s going to be a tough, competitive wheat market.”