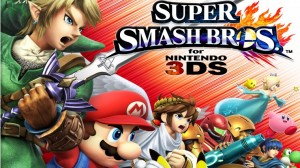 Nintendo Co. reported increased net profit in the six months ended September 30, boosted by a weaker yen and strong sales of iconic video game titles, as the company aims to turn the tide and return to profit in the end of the business year.

The Japanese video game maker stated a revenue of ¥171.4 billion during the first half, a decrease from a year earlier, when revenue stood at ¥196.6 billion. However, the company reported a net income of ¥14.3 billion, surpassing by far analysts expectations of ¥1.39 billion and the ¥600 million for the six months ended September 30th, 2013. Earnings per share edged up to ¥120.81 compared to last business years ¥4.69.

A weaker yen boosted the value of overseas sales and Nintendo stated it is sticking with its full-year operating profit target of ¥40 billion. Analysts had estimated, before the announcement on Wednesday, a ¥24-billion profit.

Although Nintendo put up good numbers it is still struggling to get a higher share in the console market, which is dominated by Sony Corp and Microsoft Corp. Analysts say performance in the third business quarter, including the holiday season, will be key for the companys aim to put behind last fiscal years loss and gain future growth.

Nintendo is also missing out on the fast expanding market of free mobile games available on smartphones and tablets, as the game maker has so far refused to support such devices.

Meanwhile, the company is looking to develop its health-care services. President Satoru Iwata has said that details around the new services will be revealed by the end of the year.

Nintendo reported sales of its Wii U games console, the upgraded version of the Wii, almost doubled and reached 1.1 million units during the period April-September, compared to last business year. The company said that sales jumped with the release of “Mario Kart 8” in May and it now aims to sell 3.6 million Wii U consoles by the end of the financial year.

Nintendos star performer for the first-half was the 3DS with 2.09 million portable system sales and 23.3 million software units. In September the companys hyped game “Super Smash Bros” for 3DS sold 3.2 million units within the first month of its release in Japan.

The upcoming release of the Wii U version of “Super Smash Bros” on November 21st in the US could boost hardware sales of the Wii U, Eiji Maeda, a Tokyo-based SMBC Nikko Securities Inc., said for Bloomberg. “Smash Bros. is actually a game for consoles rather than handheld systems” he added.