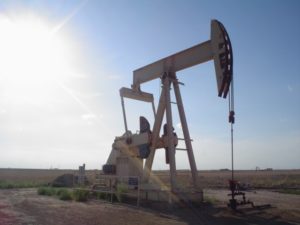 WTI futures were higher during early trade in Europe today, reversing losses from earlier this week, while Brent, the global benchmark, was on track to settle the week at the lowest level in more than two years.

“I believe Brent is oversold which should warrant buy-back. Im a little bullish on oil and it could bounce back to $100 next week,” Tetsu Emori, a commodity fund manager at Tokyos Astmax Co Ltd, said for Reuters. “Investors are discounting the geopolitical risks in the market, but we see such risks.”

Contracts were supported by upbeat data from China, the worlds second-top oil consumer, which logged almost double the amount of new loans in August, paring some of the negative readings from this past week.

Prices have been grinding lower this week, as bearish outlooks on global demand spread ahead of the International Energy Agencys monthly report. The agency, which consults developed nations on oil matters, cuts its forecasts for oil demand growth for this year and 2015 by 150 000 and 100 000, respectively, to 900 000 in 2014 and 1.2m next year.

Meanwhile, Saudi Arabia said it is not planning a cut in output to accommodate a higher global price for crude, dispelling speculation that such a move will come to support prices soon. The country did, however, report a slowdown in production for August, though growing exports from Iraq and Libya more than accounted for it.

OPEC also lowered the projected volume of crude it would market next year, as global demand was seen slowing, supporting IEAs outlook.

“The recent slowdown in demand growth is nothing short of remarkable,” the agency said.

The EIA report, which covers the week through September 5, revealed crude inventories dropped 1 million barrels, largely meeting expectations of 1.1m-1.5m draw. The decrease extends the series of declining US stocks to an 11th out of 12 weeks.

“There’s a supply issue, particularly in the US,” Michael McCarthy, a chief strategist at CMC Markets in Sydney, said for Bloomberg. “There are clear questions around demand growth for oil over the next one to two years.”

Refineries bumped up production, EIA logging a weekly refinery utilization rate of 93.9%, 1.5% up on annual basis and almost 10% more than two years ago. Gasoline production, however, was actually some 5% lower than a week ago at ~9m barrels daily, while distillates output averaged 5.1m, little changed from a week ago.

“Refining margins are still good, so theyre going to keep producing as long as they can,” said Carl Larry, analyst at Oil Outlooks & Opinions.

According to Binary Tribune’s daily analysis for Monday, West Texas Intermediate October futures’ central pivot point is at $92.23. In case the contract breaches the first resistance level at $94.04, it will probably continue up to test $95.24. Should the second key resistance be broken, the US benchmark will most likely attempt to advance to $97.05.

Meanwhile, October Brent’s central pivot point is projected at $97.76. The contract will see its first resistance level at $98.81. If breached, it will probably rise and test $99.53. In case the second key resistance is broken, the European crude benchmark will probably attempt to advance to $100.58.

If Brent manages to penetrate the first key support at $97.04, it will likely continue down to test $95.99. With the second support broken, downside movement may extend to $95.27 per barrel.