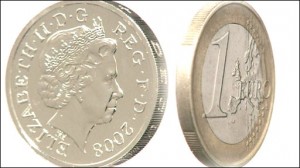 A survey by Halifax Bank of Scotland (HBOS), the largest mortgage lender in the United Kingdom, may show that home values rose at an annualized pace of 9.9% last month, according to preliminary estimates. In July prices of homes, purchased with loans from the bank, climbed 10.2%. In monthly terms, prices probably rose 0.1% in August, following another 1.4% increase in July. A higher than projected rate of increase would be considered as a bullish signal for the sterling. The official values will be released at 7:00 GMT.

According to Binary Tribune’s daily analysis, the central pivot point for the pair is at 0.7939. In case EUR/GBP manages to breach the first resistance level at 0.7980, it will probably continue up to test 0.8033. In case the second key resistance is broken, the pair will probably attempt to advance to 0.8074.