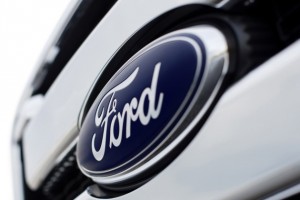 Ford Motor Co., the second-biggest automobile manufacturer in the U.S., made an e-mailed statement, revealing that it is to introduce 25 new models in Africa and the Middle East by 2016.

The company forecast that the driving age population in these regions will increase by 31% to 1.7 billion people by 2023, adding that the demand in Africa and the Middle East combined is to rise by 40% and reach 5.5 million vehicles by the end of the decade.

The head of the companys operations in Africa and the Middle East – Mr. Jim Benintende, commented on Fords decision to launch new models in the regions in an interview cited by Bloomberg: “We think there will be significant opportunity in the continent of Africa. It’s right at the takeoff curve. It’s really going to be growing over the next few years.” As reported by Reuters, Mr. Benintende also said: “Middle East and Africa is the final frontier for global automotive growth. Were putting the infrastructure and people in place to participate.”

More than 1000 employees, official representatives of the governments, suppliers, dealers and media are to attend the event that is to take place on July 17th in Johannesburg, South Africa, where the new lineup is to be presented.

The U.S. auto manufacturer expects that the auto sales in Africa are to increase by 40% and reach 2.1 million vehicles over the next six years.

Ford has ranked third in worldwide autosales this year, with a market share of 11.5%, and sixth in South Africa, Bloomberg reported.

“We intend to keep growing,” Jeff Nemeth, head of Ford operations in South Africa, said in an interview. “I’m not going to take my foot off the gas.”