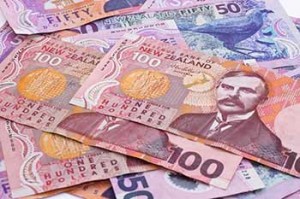 Retail Sales in Germany, the largest economy in the Euro zone, probably rose 0.7% in May, following an unexpected 0.9% drop in the previous month.

The index measures the turnover in retail trade in Germany in the form of nominal or real (at prices of charge) value and its change. Statistics are prepared on the basis of a representative sample. About 27 000 of about 378 000 business units in retail trade in Germany provide information on their turnover to the statistical offices. 700 other major companies in the retail industry provide information directly to the Federal Statistical Office. This is the percentage change from the previous month.

The Federal Statistical Office Destatis is to publish the official report at 6:00 GMT on Monday. In case, retail sales rose more than expected, this would boost euros demand.

Statistics New Zealand is scheduled to release an official report on the number of issued building permits in May. The report is due out at 22:45 GMT on Sunday.

Building Permits (also known as Building Consents) measure the number of new construction projects approved for implementation in New Zealand. Permits shall be issued immediately after approval of the construction project. They are used as a leading indicator for the entire real estate market, as data is collected every month from all territorial government departments.

In addition, the National Bank of New Zealand will release its (NBNZ) Business Confidence index for June. In May the index came in at 53.5.

According to Binary Tribune’s daily analysis, in case EUR/NZD manages to breach the first resistance level at 1.5578, it will probably continue up to test 1.5606. In case the second key resistance is broken, the pair will probably attempt to advance to 1.5642.