The so-called cryptoqueen Ruja Ignatova is without a doubt one of the most recognized financial scammers over the last few decades who has managed to defraud victims with over $4.2 billion through the Ponzi scheme OneCoin. Since the beginning of July 2022 she is the only woman on the US Federal Bureau of Investigation’s (FBI) list of Ten Most Wanted Fugitives, alongside murderers and gang leaders.

The appearance of Ruja Ignatova on the FBI most wanted list has inspired the editorial team of TradingPedia to analyze how she may have changed her look since 2017 in order to stay under the radar and to avoid being captured and extradited to the U.S.

Methodology used to draw up the sketches

The Bulgarian-born cryptoqueen Ruja Ignatova is of Roma origin. Roma people preserve high specificity in their genetics and consequently in their phenotype due to the Haplogroup H-M82 (Y-chromosome haplogroup) which is a major lineage cluster in the Balkan Roma.

A comprehensive study dedicated to the anthropological characteristics of Roma people, proved they have the lowest cephalic index, a wider nose, dark skin pigmentation, and the densest beard. The height is mostly short, rarely medium. Straight dark hair and dark eyes are also typical for the Bulgarian Roma.

All these specific anthropological features might be recognized in the appearance of Ruja Ignatova based on her photos available online. We entrusted a criminal sketch artist with the task to explore the possibilities of what Ruja Ignatova might look like today, based on the most recent photos available before her disappearance in 2017. We asked them to add 5 years of aging and also examine the options of her gaining or losing weight, going through cosmetic surgery procedures and even going to the extreme of changing her gender. 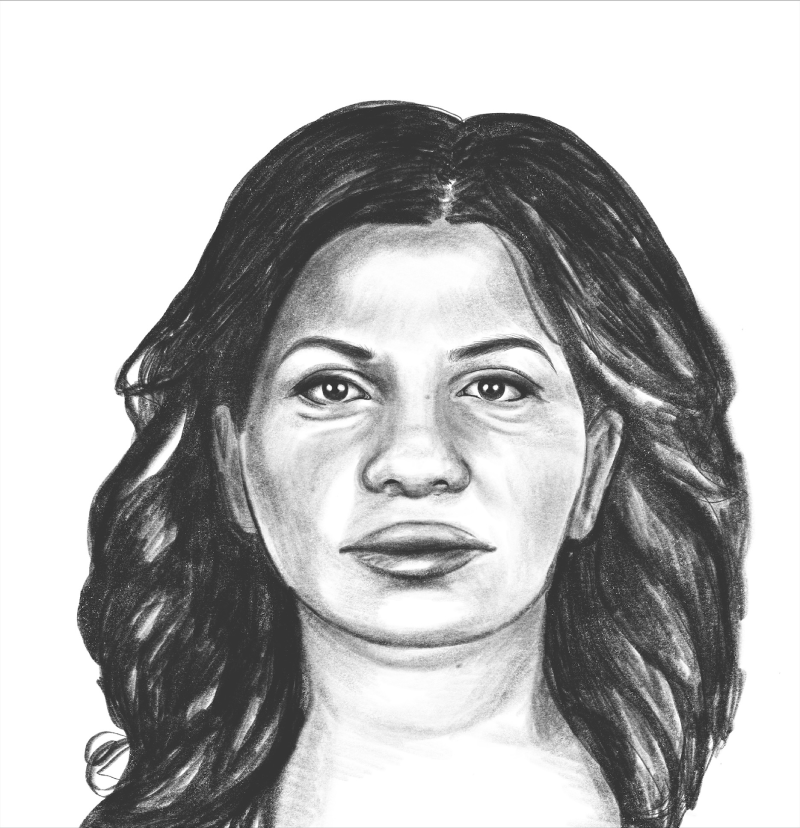 The first sketch shows no significant weight change or surgical corrections. Expression lines are added around the eyes to show how Ignatova may have changed. 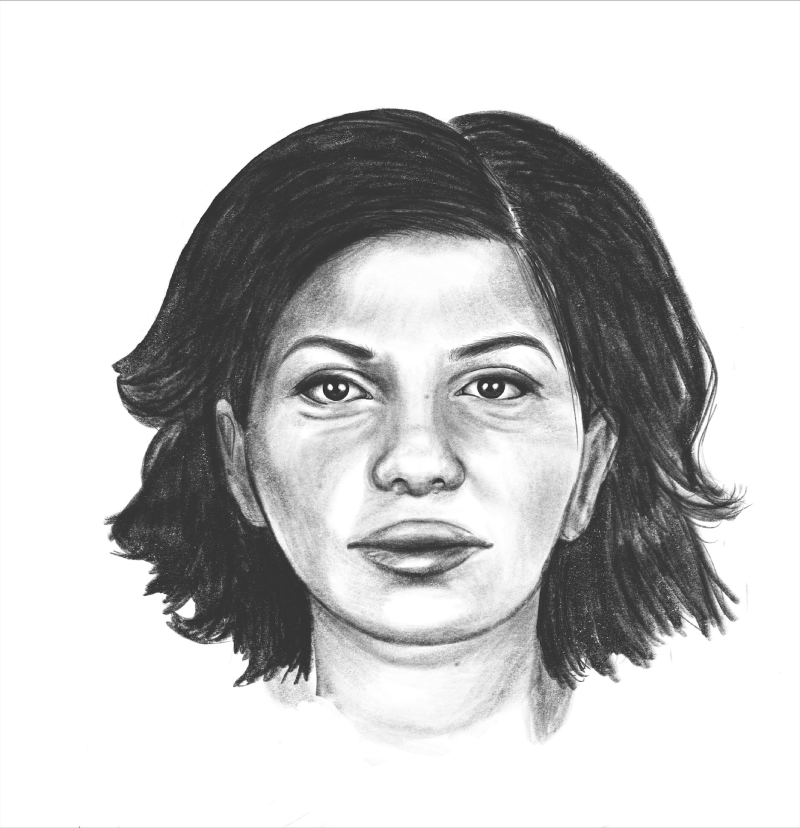 The second drawing shows what Ignatova may look like with a shorter haircut and after losing 5 or 6 kilograms (11-13 pounds) of weight. 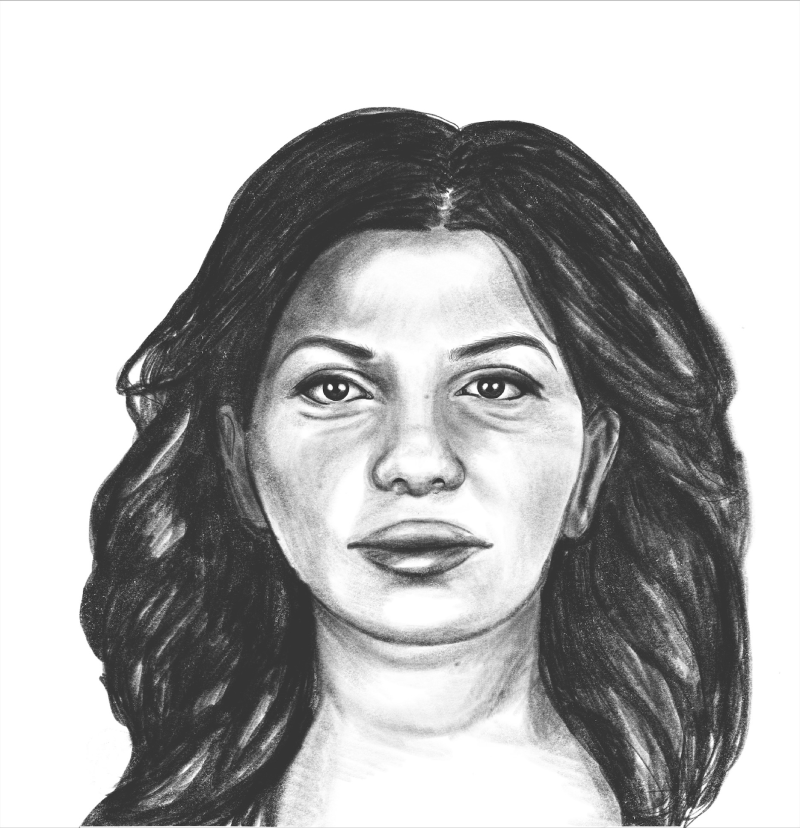 In the third sketch, Ignatova is drawn with her typical hairstyle and after losing 5-6 kilograms of weight. 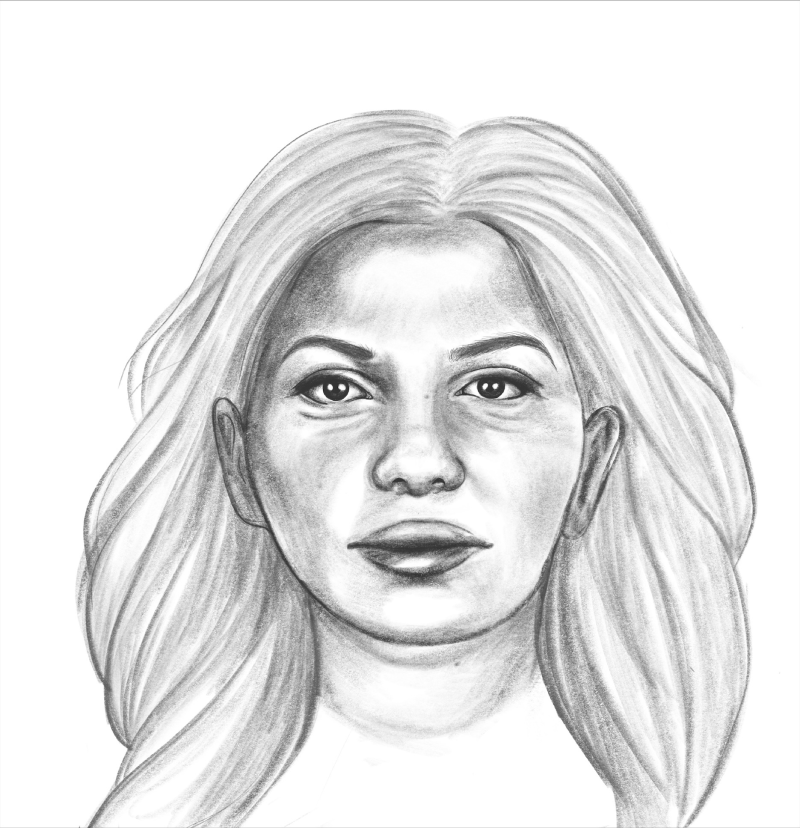 The fourth drawing shows what Ruja Ignatova may look like after losing 5-6 kilograms of weight. We have kept her typical hairstyle but the hair is dyed blond. 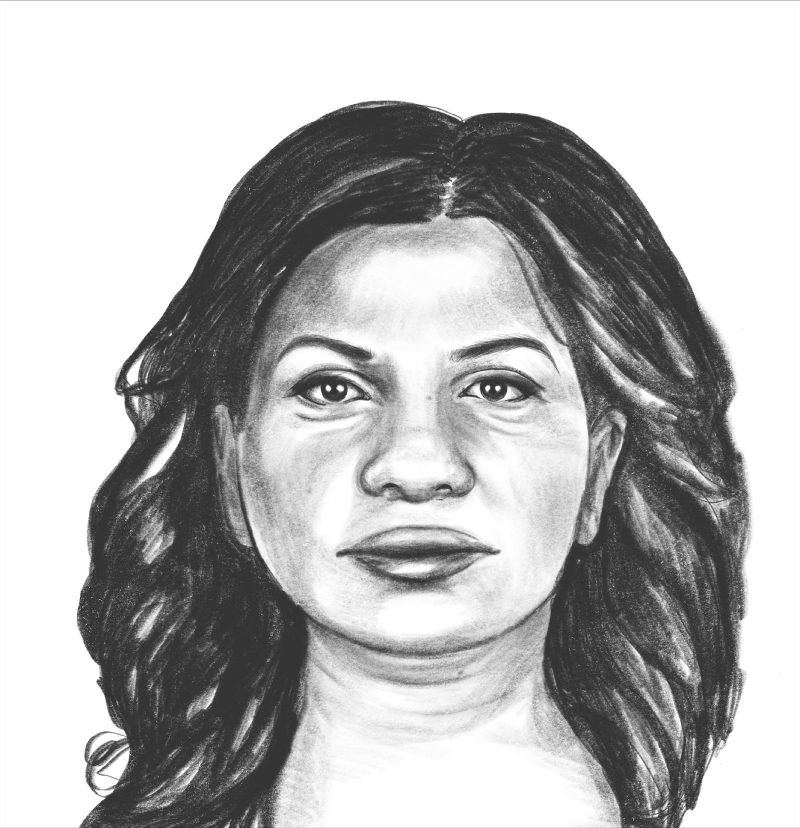 The fifth sketch shows how Ignatova’s face might have changed after gaining 5-6 kilograms. 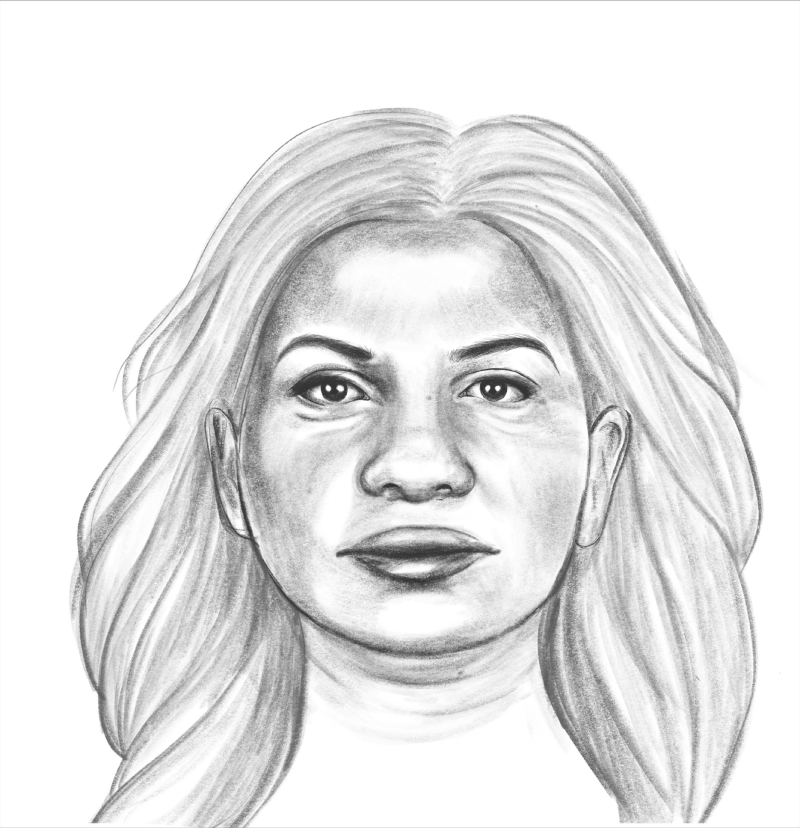 The sixth drawing combines several features that may have changed over the past five years – Ignatova might have gained weight (5-6 kilograms) and dyed her hair blond. The length of the hair remains the same. 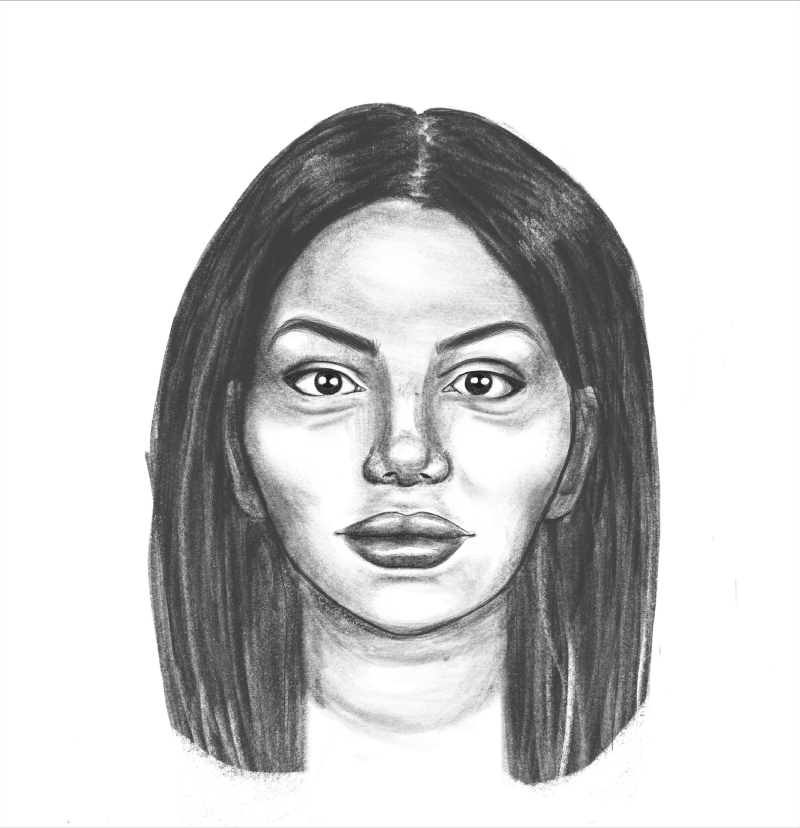 In sketch number 7, we have added multiple aesthetic corrections to Ignatova’s face to show what surgical or cosmetic enhancements she might have undergone. These include a chin implant, a jaw reconstruction, cheek implants, a brow lift, and rhinoplasty. 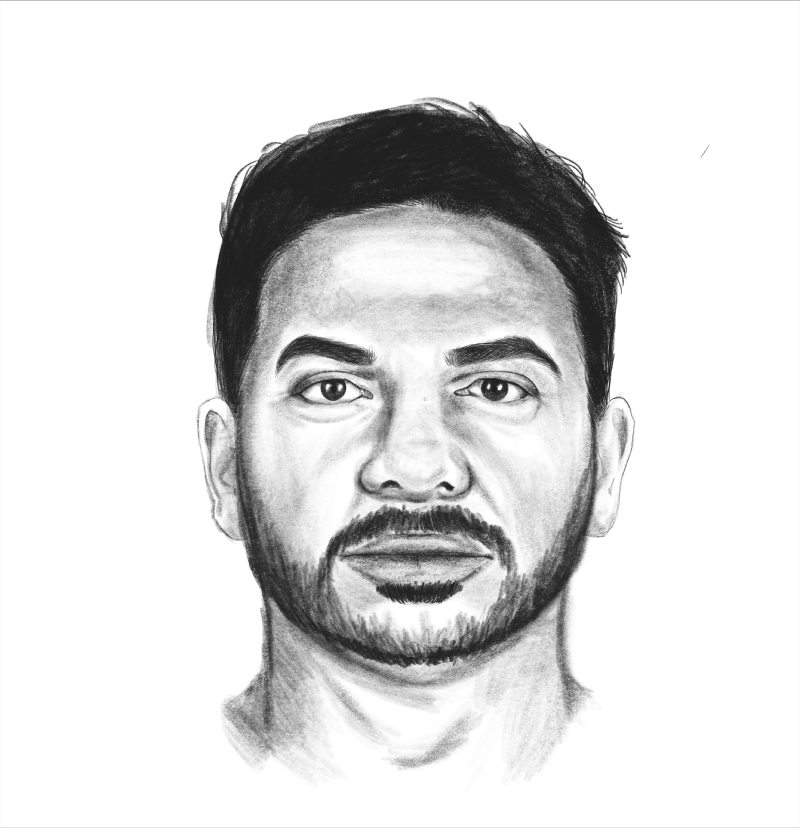 With the last sketch, we have tried to visualize what Ignatova may look like today if she had gone to extreme lengths to hide her identity – a complete gender transformation. The drawing shows Ignatova as a male with short hair and a beard.

Where has Ruja Ignatova been hiding all this time?

A convicted fraudster, Ruja Ignatova has been hiding since 2017. Her last known location is Athens where she arrived after boarding a flight from Sofia, Bulgaria to the Greek capital on October 25, 2017. Over the past five years, there have been multiple reported sightings of her in Thailand, Dubai, and elsewhere. None of which have been verified, however. Another theory is that she is on a luxury yacht in the Mediterranean, something that would also be extremely difficult to confirm. While some believe that Ignatova is currently in hiding, others speculate that she may not even still be alive.

However, Europol included Ignatova on its most wanted fugitives list in May 2022, and on June 30 2022, the FBI followed suit. This suggests that agencies believe and have evidence that the fraudster is very much alive. According to authorities, Ignatova may be using a fake passport or “travelling on a German passport to the United Arab Emirates, Bulgaria, Germany, Russia, Greece and/or Eastern Europe.”

The Dubai theory, in particular, has gained traction over the years as dozens of reported sightings have put her in the largest city in the UAE. A BBC podcast dedicated to the OneCoin Ponzi scheme has also pointed out Ignatova’s connection with Dubai. In 2021, leaked documents from Dubai’s courts suggested that the emirate was a key financial route for Ignatova and the laundering of millions of dollars. BBC’s investigation reveals that she might have struck a huge, €50 million deal with an Emirati royal, Sheikh Saoud bin Faisal Al Qassimi. Back in 2015, the Sheikh reportedly gave Ignatova 230,000 bitcoin in return for three bank cheques from a local bank. The amount of cryptocurrency was worth €48.5 million at the time.

Over the past decade or so, Dubai has often been mentioned in journalist investigations as an attractive destination for criminals from around the world. Many wanted criminals from the European Union, in particular, are allegedly living in luxury in the emirate, investing their money, and escaping justice. Despite claims from UAE officials, Dubai has almost no extradition treaties, including no pacts with the U.S. and the EU. Local authorities are said to tolerate mafia members, drug lords, etc., as long as they do not commit crimes within the country.

Recently, investigative journalist Nikolai Stoyanov, author of “OneCoin: The Woman Who Deceived the World”, said he suspected that Ignatova was indeed, hiding in Dubai. After boarding the Sofia-Athens flight, she disappeared into thin air since, at this point, she probably suspected she was under investigation, Stoyanov explains. According to him, Ignatova bugged her American boyfriend’s apartment in an attempt to find out whether he had been faithful to her. This is how she discovered her boyfriend was actually cooperating with the FBI.

Since then, the fraudster has vanished off the radar but is believed to be in Dubai, Stoyanov says. With access to millions of dollars stashed in various banks or in bitcoins, with a fake passport and possibly brand new face, Ruja Ignatova may stay hidden for years.