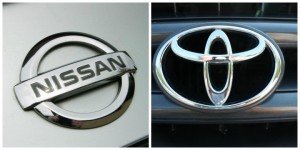 Tokyo-based Takata Corp agreed last month to double a US recall to a record of more than 30 million vehicles made by about 11 of the worlds biggest carmakers. The airbags flaw, believed to be tied to a chemical propellant used to inflate the airbag, could cause an explosion that could send metal shrapnel flying towards the driver and passengers.

The recall will affect vehicles across 24 models built between April 2003 and December 2008, 1.729 million of which in Europe, 360 000 in Japan and 190 000 in China. This comes little over a week after the Japanese carmaker pulled back 1.37 million vehicles in the US after Takata was forced by US regulators to declare more flawed airbags. Toyota alone says a total of 12.66 million units are now affected, but that count trails Honda, the worst hit carmaker, which has called back more than 19 million vehicles globally.

Meanwhile, Nissan said it will recall 198 000 vehicles worldwide, including the Navara, Caravan, and Teana made between April 2007 and December 2008, while Mitsubishi said it will pull back 120 000 cars.

The carmakers added there are no reports of accidents linked to the expanded recalls. Flawed Takata airbags have been tied to eight deaths worldwide, all in vehicles made by Honda, which announced on May 14th it will pull back another 4.9 million cars with potentially faulty airbag inflators, bringing its total tally to 19.6 million.