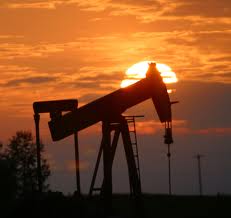 WTI and Brent futures were lower during early trade in Europe today. Iraq was seen safer by traders, with output and exports from the southern oilfields projected to rise.

“We haven’t seen any real escalation, and there is still oil coming out of the south of the country,” David Lennox, resource analyst at Fat Prophets in Sydney, said for Bloomberg today. “Oil will probably continue to drift lower.”

Iraq is acquiring fighter jets from Russia and Belarus, authorities reported, in a bid to bolster the military against the Sunni rebels, led by ISIS. “God willing within one week this force will be effective and will destroy the terrorists dens,” he said, cited by the BBC.

Earlier, Prime Minister Nouri Maliki dismissed a widely discussed and promoted idea of a government of national unity, including more Sunni and Kurdish representation. Such calls represented a “coup against the constitution and an attempt to end the democratic experience”, he warned, the BBC reported.

Meanwhile, Kirkuk, an oilfield center, which was occupied by forces of the autonomous Kurdish government after the Iraqi military fled, saw the first episode of violence yesterday, as a car-bomb killed several and injured dozens. The Kurdish state is seen as a bulwark against the Sunni onslaught, and is yet to see major confrontations with its new ISIS-dominated neighbors in Iraq.

Also, Syrian military aircraft have bombed positions of ISIS militants near the border earlier today, in a move welcomed by PM Maliki.

Previously, insurgents took control of the country’s largest oil refinery, which supplies about a third of Iraq’s fuel demand. Elsewhere, militants seized all official border crossings in Syria and Jordan. The Jordanian army has been on full alert, protecting its borders against incursions, the Jordanian military said.

The Iraqi government insisted insurgents do not threaten Baghdad, nor the southern oilfields, which account for more than 75% of Iraqi oil output. Furthermore, the Iraqi oil minister said production and exports will actually increase over the next month.

Iraq is OPEC’s second-top oil producer, and exports some 3 million barrels per day from its main southern terminal at Basra.

“Markets are beginning to position for the likelihood that insurgents will be contained from any further incursions to the south, allowing oil exports to be maintained,” Ric Spooner, chief strategist at CMC Markets in Sydney, said in a note today, cited by Bloomberg.

Several readings on the US economy, which consumes 21% of all oil, were reported yesterday. Jobless claims were slightly worse than a week earlier, while personal spending and income for May were slightly better than before, at 0.2% and 0.4% growth, respectively. Personal income and spending are leading indicators for consumer spending, which accounts for nearly 80% of US GDP.

Elsewhere, China posted industrial profits for May earlier today, for a standing of 8.9% growth on an annual basis. The industrial sector accounts for nearly half of Chinese GDP.

Previously, the US posted some worse-than-expected data on Wednesday. Q1 GDP growth was far below the expected contraction of 1.8% at -2.9%, which is also the worst quarterly growth since Q1 of 2009. Durable goods orders for May also scored below par, though the negative sentiment was largely already priced. Also, Markit posted its preliminary reading on US services PMI for June, for a standing well above expectations at 61.2. A reading of 50 or higher means expansion, and vice versa. The greater the distance from 50, the more sizable an expansion or contraction.

The services sector accounts for about 80% of US GDP.

“There’s a broad theory that the recovery in the U.S. is gaining pace,” Michael McCarthy, a chief strategist at CMC Markets in Sydney, said for Bloomberg. “In the face of increasing supplies, prices have held firm and that suggests that the clear driver at the moment is geopolitical tensions.”

The US Energy Information Administration (EIA) posted its weekly oil inventories report for the seven day through June 20 on Thursday. The log revealed a 1.742 million-barrel gain for commercial crude oil inventories, while gasoline and distillates added 0.7 and 0.4 million barrels, respectively. Refineries were shown to have operated at an increasing pace of 88.5%, though gasoline production was down almost 10%. Oil at Cushing was slightly more than previously.

According to Binary Tribune’s daily analysis, in case the West Texas Intermediate August future on the NYMEX breaches the first resistance level at $106.76, it probably will continue up to test $107.67. Should the second key resistance be broken, the US benchmark will most likely attempt to advance to $108.54.

Meanwhile, August Brent on the ICE will see its first resistance level at $114.00. If breached, it will probably rise and probe $114.79. In case the second key resistance is broken, the European crude benchmark will probably attempt to advance to $115.29.

If Brent manages to penetrate the first key support at $112.71, it will likely continue down to test $112.21. With the second support broken, downside movement may extend to $111.42 per barrel.