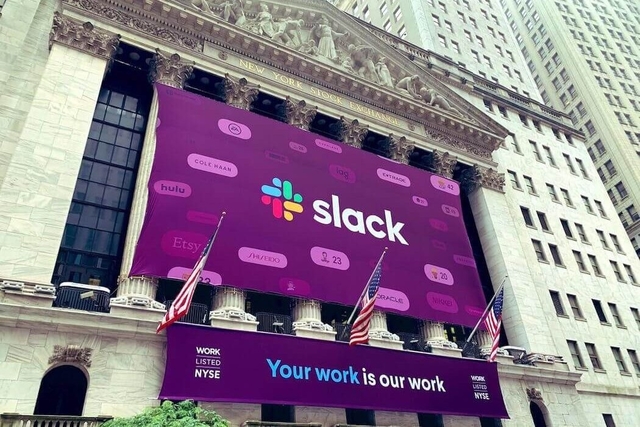 Slack Technologies’ stock closed lower in Thursday trading, with shares declining 3%. The dip in the stock preceded the company’s quarterly report. This put on hold Slack Technologies’ three-month high, which was caused by the increased number of people working from home during the pandemic.

Due to the huge interest in companies that thrived during the shutdown, Slack Technologies’ shares soared on Wednesday, closing at a record high. This being said, there is a competition between Slack Technologies and Microsoft’s Teams chat software. As the stock of the latter jumped recently, this could lead to a decline in Slack’s shares.

Unfortunately, analysts believe that the good news of easing lockdown restrictions would mean that Slack’s popularity would most probably fade away. With many workplaces resuming their usual office activities, the demand for work chats will be lower.

The company announced first-quarter sales of $201.70 million, which exceeded analysts’ predictions for $187.65 million. The sales for the same period of the previous year amounted to $134.82, which means that the company enjoyed a 49.61% increase in sales for this year.

Currently, Slack is trading at an unusually high level, with 12-month sales exceeding 23 times the predictions of analysts. This is an accomplishment that is rare even for other quickly developing software companies.

According to MarketBeat, analysts have a consensus price target of $30.57 for the Slack Technologies stock. The company has a potential downside of 19.4% from its current price of $37.94. These results are based on 15 research reports conducted in the last 90 days.

The same media also offers the recommendations of 24 investment analysts who have a consensus rating of “Buy” for the Slack Technologies stock. Out of the 24 analysts, 15 rated the stock as “Buy”, 8 as “Hold” and 1 – as “Sell”.