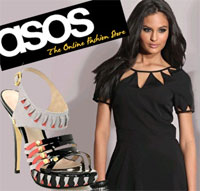 The biggest online-only fashion retailer in the U.K. – Asos Plc declined in London trading after it stopped taking online orders on its website due to a fire at its main warehouse in Northern England. The fire, which happened on Friday evening, damaged the companys distribution warehouse, which is the reason why Asos continued to suspend online orders on Sunday.

Asos Plc said in its statement, which was cited by the Financial Times: “In order not to disappoint our customers we have temporarily stopped taking orders. When we have clarity on the situation, we will issue a further statement.”

According to the announcement of Asos, the company started taking orders again in the early hours of June 23rd. The fire engulfed four floors of the Barnsley-located warehouse, which is more than 60 000 square metres in size, and affected the premises, according to police reports. Nearly 500 employees of the company were present at the time of the incident, but no one was injured.

The fire, which happened two days ago was only one of the challenges the company faced over the year, especially after it has reduced its full year profit projection twice amid weak sales growth. Earlier in June, Asos Plc made a second profit warning for the current financial year due to the strong performance of the British pound. The total sales of the company in the financial quarter that ended May 31st amounted to 243 million pounds (413 million dollars).

A criminal investigation started on Saturday. The fire service said in a report, which was cited by the Financial Times: “South Yorkshire Police are now treating the incident as deliberate, after initial investigations were carried out this morning.”

Early today the company reported that about 20% of the inventory at the warehouse was affected by the fire. The company had an inventory worth about 160 million pounds as of May 31st and the Barnsley warehouse accounts for 70% of the companys total inventory.