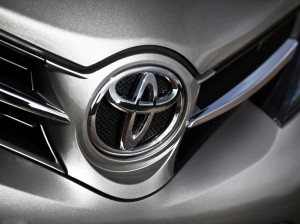 The largest car manufacturer in the world – Toyota Motor Corp. – revealed its improved and remodelled Camry Sedan at the New York International Auto Show. This is the companys best-selling car in the U.S., with 408 484 Camrys units sold in 2013. The model also ranks second-best selling vehicle in the U.S., after the F-150 pickup of Ford.

As reported by Bloomberg, the group Vice President of the Toyota Division Mr. Bill Fay said at the International Auto Show in New York: “This is the best Camry weve ever built.”

The company announced that there are about 2 000 new parts included in 2015 Camry Sedan and it is only the roof that actually matches the current model of Toyotas best-seller. The company also shared its plans to give a green light to the upgraded vehicles sales during the third quarter of the current financial year.

The renewed Camry vehicle is a bit longer and wider than its predecessor. Toyota explained that there are softer materials included in the car, as well as new body lines down the sides of the vehicle.

The model renewal comes as part of Toyotas strategy of bringing a new life to its best-selling vehicle and making it more attractive to the U.S. customers in an attempt to keep its dominance in the sector. Recently, the rivalry on the mid-size car market in the U.S. has become more fierce than ever, especially taking into account the fact that Toyota Motor Corp.s most serious competitors such as Ford Motor Co., Hyundai Motor Co. and Honda Motor Co. have all been focused on maintaining and improving their positions on the market.

As reported by Bloomberg, one of the industry analysts working for AutoPacific Inc. said after the model was revealed: “It is absolutely the most thorough mid-cycle refresh I’ve seen from Toyota. This goes far above and beyond what they normally do.”

The company has set a target of at least 400 000 Camrys units sold in 2014, matching the volume from 2012 and 2013. According to data compiled by Autodata Corp., Toyota managed to reach a total of 94 283 deliveries during the first quarter of the current financial year, which is a 6.5% decrease from the figures posted for the same period in 2013.