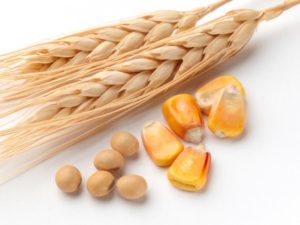 Grain futures advanced on Friday, soybeans touched a 5-month high, after the US Department of Agriculture predicted yesterday that demand for the US oilseed from China, the largest global importer of the grain will increase.

A separate report by the same government agency showed that Chinese imports may rise to 72.8 million metric tons in the 2014-2015 season, compared to 69 million tons in the previous year.

DTN.com reported on February 13 that showers and somewhat lower temperatures will ease some stress to filling soybeans in southern Brazil at the end of this week and early in the weekend. A return to hotter and drier period may start later in the weekend and continue into next week, before more showers develop late next week. According to the website, the rainfall may not be sufficient enough to ease concerns over the diminished soil moisture, but will certainly be beneficial.

Meanwhile, soybeans and corn producing regions in central Argentina will benefit from adequate to surplus soil moisture, except some areas where recent heavy storms have caused serious flooding. According to the website, a break in the action may occur soon, which will increase temperatures and lower the chances for heavy rains. The latter will be beneficial for most of the crops.

The grain increased 4.3% so far this year after it lost nearly 40% in 2013, the steepest annual drop on record and the worst annual performance since at least 1959.

Wheat at a 5-week high

The grain settled last week 4.1% higher, the biggest gain since the period ended September 27. However, wheat slumped 22% last year, marking the largest annual decline since 2008, on expectations for a record global output of 712.7 million tons, according to data by the US Department of Agriculture.

DTN’s February 13th forecast called for a moderation in temperatures over the Midwest during the next few days, after which they will get even higher in the six-to-ten-day period. The warmer weather conditions will favor the red winter wheat, but may also melt the protective snow cover. In the long-term, there are chances for heavier snow, ice and rainfall.

Meanwhile, the website reported that in the Southern Plains a much warmer trend is expected during the weekend, easing stress to winter wheat. However, this will also diminish soil moisture. Longer-range forecasts are hinting for more active weather pattern over the eastern Plains, Midwest and the Delta, but for now predictions remain sloppy.