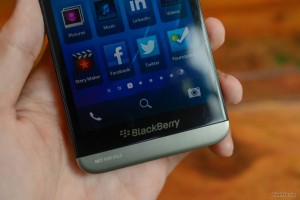 As the Wall Street Journal reported yesterday, BlackBerry Ltd. recorded its worst-ever quarterly loss estimated to 4.4 billion dollars. The company explained the loss with the fact the sales of its new line of smartphones are lower than initially expected.

After the Chief Executive Officer announced a new manufacturing deal and explained that the company is becoming more focused on software and services, BlackBerrys stock rose. Yesterdays statement gave the companys CEO John Chen the opportunity to make clear his vision about the new BlackBerry strategy.

Mr. Chen is planning to outsource the hardware business of the company to Foxconn technology Group, which is known for manufacturing gadgets for some of the largest customers worldwide, such as Apple Inc. and Amazon.com Inc. This step would help the company to get rid of the unprofitable phone business and shift the inventory burden to another manufacturer. This will also provide BlackBerry with the opportunity to restructure into a smaller entity for software supply and business management services.

BlackBerry has not commented the deal yet, which is why the exact terms of the latter still remain unknown. The company is expected to pay Foxconn to make phones, and the revenue will most probably be shared. The BlackBerrys CEO said on a call with analysts: “Foxconn takes away the biggest chokehold [on BlackBerry] in the last two or three years.”

2.6 billion dollars were taken by the company in some inventory changes during the past two quarters of the year. The issue of the unsold phones will probably be discussed once again over the next quarter. As the Wall Street Journal reported, the company had announced that in the latest third quarter it had managed to sell only 1.1 million units of its new phones, compared with 14.6 million units over the fourth quarter of 2010.

Mark McKechnie, who is an analyst working for Evercore Partners expressed his doubt that the company could become more than a niche handset seller or provider of services to business.

According to Bloomberg, the current share price of BlackBerry Ltd. Is 16.04% up, and its one-year return rate is 28.73% down.