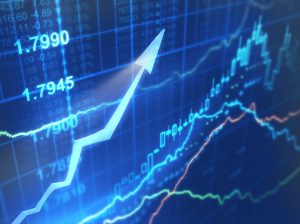 “If anything, the reaction could be a bit asymmetric,” said strategists at Danske Bank in a note, cited by Wall Street Journal. “If the outcome is weak, the shutdown will get the blame. If strong, it may signal an underlying pickup in the job market. We look for only 115k in job growth in October, slightly below consensus of 125k, but uncertainty is high.”

At 9:55 a.m. EDT consumer-confidence data from the University of Michigan will be released.

In corporate world, Twitter most likely would remain in focus for investors, after surging more than 70% on its debut. In pre-market trading, Twitter added nearly 1%.

Walt Disney shares slumped 1% in pre-trade although company showed profit up 12% in the fiscal fourth-quarter, boosted by revenue growth across all segments.

Priceline.com may increase share gains seen in the late session after it posted a rise in third-quarter profit.

Lions Gate Entertainment Corp. is projected to report a loss of 3 cents a share in the fiscal second quarter, according to a consensus survey by FactSet.