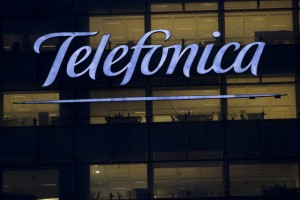 Telefonica SA is one of the largest integrated telecommunications operators. The company provides communication, information and entertainment solutions operating through four business units. As reported by Bloomberg earlier today, the companys bid to combine its German phone unit with Royal KPN NVs E-Plus will face a probe by European authorities. People familiar with the matter said the latter are concerned that the carrier may gain too much wireless spectrum.

That is the reason why the European Commission intends to examine the way the deal in question affects frequency allocation on the Europes biggest wireless market – the German one, which is estimated 27 billion dollars. The ability of the so-called virtual operators to take advantage of networks is also to be examined by the European Commission. These intentions are still confidential and have not been officially announced yet. Unnamed sources of Bloomberg said that the deal is to be reviewed by the Commission, which does not object to the national networks numbers reduction from three to four.

Ceding airwaves to a competitor would be quite painful for both Telefonica SA and KPN, because it could reduce the benefits estimated by the companies at as much as 7.5 billion dollars. This year Joaquin Almunia, who is a chief of the EU antitrust said lack of access to spectrum is an obstacle for new mobile operators to offer there services and compete with companies that already exist.

By the end of the day a decision has to be made by the commission if there will be an in-depth probe or not. Such a probe would prevent German antitrust officials from reviewing the deal. The commission is not expected to make any specific requirements for both Telefonica and KPN.

Thanks to the merger, which is estimated 8.55 billion Euro, Telefonica SA will get control of the enlarged company. The merger would also turn Germany into the largest wireless carrier, giving it priority to Deutche Telekom AG and Vodafone Group Plc. The companies announced the deal in July 2013 and said it is planned to be finalized in the middle of 2014.