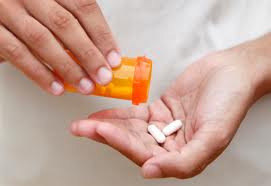 Takeda Pharmaceutical Co. has more than 230 years of experience, during which the company proved itself not only as one of the oldest, but also one of the most successful Japanese drugmakers. The company also specializes in manufacturing food supplements, chemical products, food, agrochemicals and environment-related products.

However, traditions are not what they used to be, even for Takeda, which seems to be creating a new practice breaking the traditions. Last week the company chose a new chief operating officer – Christophe Weber, who has never worked for Takeda. He will also be the successor of Yasuchika Hasegawa, who is the current Chief Executive Officer of the company. This makes Mr. Weber the first non-Japanese person, who will be put on lead of Takeda.

Recently, the company has entrusted the execution of a global expansion plan to GlaxoSmithKline Plc, hoping this will prevent their competitors inexpensive generics from interfering with Actos, which is Takedas mainstay diabetes drug. In addition, the company hasnt stopped buying other companies and stakes in order to expand all over the world. This also explains it hiring non-Japanese senior executives. The new chief operating officer – Christophe Weber – is expected to join Takeda by April 2014, which means he will have the opportunity to work with a team that consists mostly of non-Japanese people.

And still, despite all the qualifications of Mr. Weber and his brilliant pharmaceuticals career, it is quite unusual for Takeda to promote leaders from outside. However, Robert Dujarric, who is the Director of the Institute of Contemporary Asian Studies at Temple University in Japan may turn out to be very close to the truth. Here is what he said: “The defining fact isnt so much that hes a foreign national; hes not from Takeda. A guy whos not from Takeda, whether hes Japanese or foreign, can much more easily fire people, restructure and close businesses, start new ones.” In addition, all this will make the company look better in the global business arena. This trend is not to be underestimated, because more than half of the companys revenue is gained outside Japan.

However, Takeda has also recently proved it bets more and more to the outside hiring, because Christophe Weber was not the first non-Japanese person, who was hired by the company. In September, Francois-Xavier Roger became a member of Takedas team at the position of a chief financial officer. Frank Morich is another proof of the new companys policy.

According to Bloomberg, the current share price of Takeda Pharmaceutical Co Ltd is 1.18% down, and its one year return rate is 38.61% up.