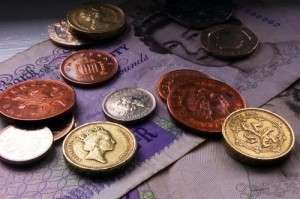 The sterling advanced against the US dollar, after a number of UK reports signaled that the British economic recovery is deepening.

The UK National Statistics Office released a report on the Industrial Production Index. Data showed that the UK industrial monthly output grew in line with preliminary estimates, adding 0.4% in October. However, the industrial production slowed its pace, compared to the 0.9% increase in September. The industrial production grew at an annualized rate of 3.2% in line with analysts expectations and higher than Septembers rate of increase of 2.2%. This was the largest annual gain in industrial output since January 2011.

“Sterling looks likely to continue to grind higher against the dollar, even if the dollar looks a little oversold. People will be continuing to talk about a break or a test of $1.65 in the short term, even though we’ve only just broken through $1.64.” said Jeremy Stretch, head of currency strategy at Canadian Imperial Bank of Commerce in London, cited by Bloomberg.

Last week the UK Monetary Policy Committee kept the benchmark interest rate at the record low of 0.5%. Regarding this decision, the Governor of Bank of England, Mark Carney, said yesterday in New York that the British economic recovery needs to be sustained for a while, before it can withstand higher interest rates.

Meanwhile, Federal Reserve Bank President for St. Louis James Bullard remarked on Monday that Fed tapering may be just around the corner, after employment data in the United States demonstrated a certain improvement.

“A small taper might recognize labor market improvement while still providing the Committee the opportunity to carefully monitor inflation during the first half of 2014”, James Bullard said in prepared remarks. “Should inflation not return toward target, the committee could pause tapering at subsequent meetings.”

On Friday, a report showed the US unemployment rate reached a 5-year low of 7.0% in November. It also became clear that US economy managed to add 203 000 new jobs in November, after the number of added jobs in October has been revised down to 200 000 from 204 000 previously. Experts had projected that private sector in the country will add 183 000 job positions in November.

The market may be underestimating the probability “of a vote to taper” this month, and the dollar may have begun a multi-year bull market, Credit Suisse Group AG wrote in a December 4th report, cited by Bloomberg.

Last month, a survey by the same media revealed that the Fed will probably trim its asset purchases to $70 billion from $85 billion at its March 18-19th meeting.