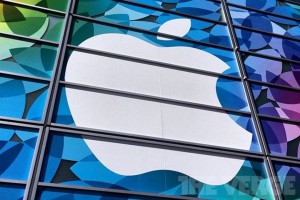 Apple Inc. has recently bought Topsy Labs Inc., which is commonly known as one of the main providers of social-media analytics on Twitter. Topsy is one of the analytics specialists, who deals with checking the frequency which a term is tweeted with, finding and influential person or issue, etc. This is only one of the last Apple acquisitions in the social-media data business, along with Matcha.tv and AlgoTrim, which is a data compression company.

Topsy is also known as one of Twitters handful companies that are provided with access to the so-called “fire hose”. “Fire hose” is the full stream of tweets, links and images since 2006. The deals value is considered to amount to about 200 million dollars and most market analysts and industry executives believe that Twitters blessing was given. One of Twitters spokesmen declined to comment the situation. Apple confirmed the deal, but they refused to comment its price. The spokeswoman of the company said: “Apple buys smaller technology companies from time to time, and we generally do not discuss our purpose or plans.” Topsy, on its turn, did not respond to any requests for comment.

All this makes the information about the purchase too scarce, which does not cast any clarity on the intentions of Apple related to Topsy. Some analysts believe that the acquisition of Topsy is able to help Apple when providing several of its services associated with the iTunes media store, Siri voice assistant or iAd advertising platform. Susan Etlinger, who is an industry analyst at Altimeter Group said: “Apple could benefit form a more forward looking view of what peoples interests are. Twitter is optimized for understanding conversations around entertainment.”

One thing is for sure. Apple would be able to use the access to the real-time data and interpretation of Twitter in various ways, especially when it comes to finding out the results of some of their campaigns. The fact Twitter has recently becomes a companion application to many TV shows should not be underestimated, too. Topsy may turn out to be quite beneficial for improving Apple TV with some real-time recommendations of songs, movies and TV shows, especially considering the fact that Apple how has a personalized TV guide thanks to Matcha.tv, which was bought by it in August.

Some of Apples partners including different companies and iOS application developers may also find the deal beneficial. The principal analyst of eMarketer – Debra Aho Williamson said: “All of these businesses would appreciate having access to more of this real-time data. Now Apple has a new tools to help the companies that use its services become better, smarter marketers.”