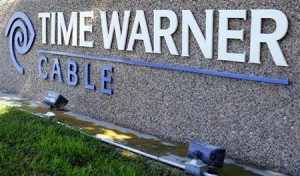 Charter Communications has reviewed a $25 billion financing deal that may clear the road for its increasingly public battle to acquire rival cable-TV provider Time Warner Cable.

The US fourth largest cable operator which has been interested in Time Warner rival since the summer, has been in talks about debt financing for the deal with banks including Barclays, Deutsche Bank, Goldman Sachs and JPMorgan, as the acquisition price is bigger than Charters market value.

In other words, Charter, which has a market value of $14.1 billion, needs to raise substantial funds to buy Time Warner Cable, which had a market capitalization of $38.6 billion based on Wednesday’s closing price of $136.80 a share. Time Warner Cables shares, have appreciated about 40% from around $96 since June when Charters interest became public.

Charter could enter a fierce battle with other suitors for Time Warner Cable, including Cox Communications Inc. and Comcast Corp. Furthermore, according to Financial Times last week executives at Time Warner Cable had approached Comcast, the cable-TV market leader, to ask it to make an offer that would rival Charter’s.

The main reason for the approach of Time Warner Cable to Comcast, could be in part because of its concerns a deal with Charter could be financially risky since it carries significant debt relative to its earnings.

“The fact that Charter plans to finance this deal with debt increases the odds that the coming consolidation will drive cost-cutting in service, infrastructure and content,” said to Financial Times, Barry Parr, a media analyst with Outsell.

Cable operators are facing pressure in their video businesses from online solutions. Customers cancel pay-TV subscriptions in preference and switch to cheaper online streaming options, such as Netflix. At the same time, the industry is battling against satellite TV and phone companies. Time Warner Cables operational performance dropped comparing to other big cable operators, such as Comcast, in recent quarters. In the third quarter, the company lost far more TV subscribers than expected.

Charter would most likely come with an offer for Time Warner Cable, people familiar with the matter have said. Considering Time Warner Cables poor operational results, investors could push the company to accept a sale.